Male The British actor, who is famed for his roles in Hollyoaks, dies aged 83 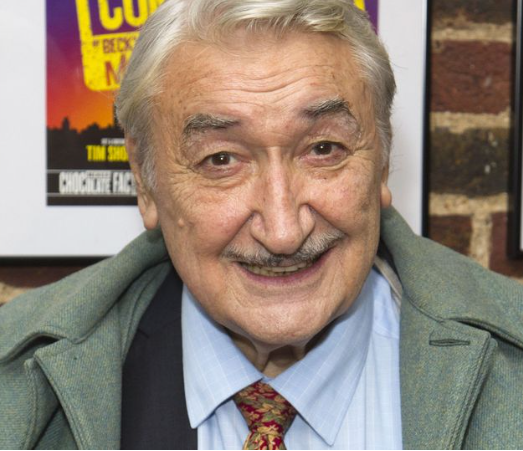 The British actor, who is famed for his roles in Hollyoaks, Doctor Who and Butterflies, died on August 16 and his death has now been confirmed by his talent agency Belfield & Ward.


The statement reads: "We are very sad to report that the glorious Bruce Montague has passed away. Such a gentleman and he will be so sorely missed.

"What a talent and what a career on stage and screen! From Butterflies to more recently Funny Girl & 42nd St. 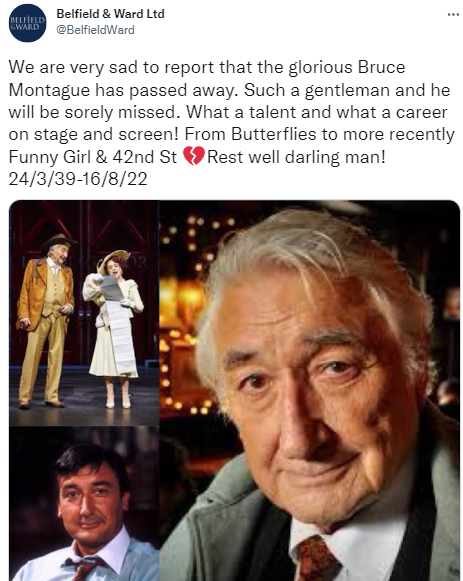 In the early 2000s, he appeared in the Doctor Who audio adventures The Genocide Machine and Sword of Orion voicing the role of Chief Librarian Elgin and Grash respectively. 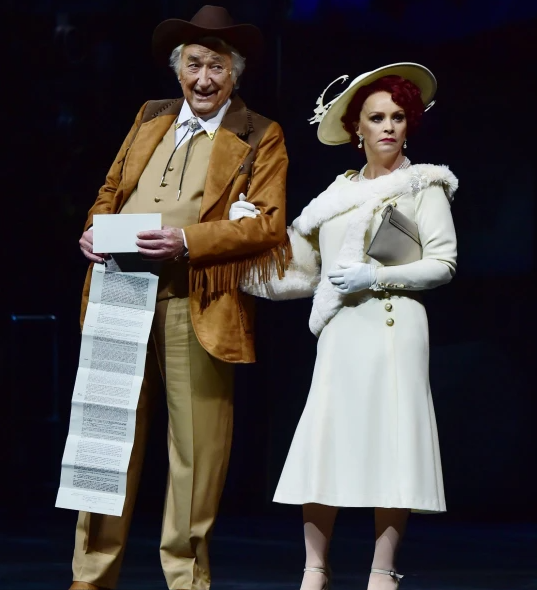 In 2015, he took on a guest role in soap Hollyoaks as Derek Clough, appearing in five episodes.

Between 2001 and 2019, he played three different characters on TV show Doctors, the most recent of which was Clyde Butler three years ago.


Montague starred in various stage productions throughout his life, including 42nd Street for a UK tour and on the West End as well as Casa Valentina, by playwright Harvey Fierstein.

One of his best-known roles was also Leonard Dunn in the sitcom Butterflies, which aired on BBC2 from 1978 to 1983.