The Bachelorette Finale: The Proposal! The Cheating! The Stunning Conclusion!

Gabby Windey and her final suitor, Erich Scher, got engaged on The Bachelorette finale on Tuesday night.

They later confirmed they are still together and hope to get married someday.

As for Rachel Recchia and Tino Franco, however?

Get comfortable. Put on a pot of coffee. And prepare yourself. There’s A LOT to discuss… 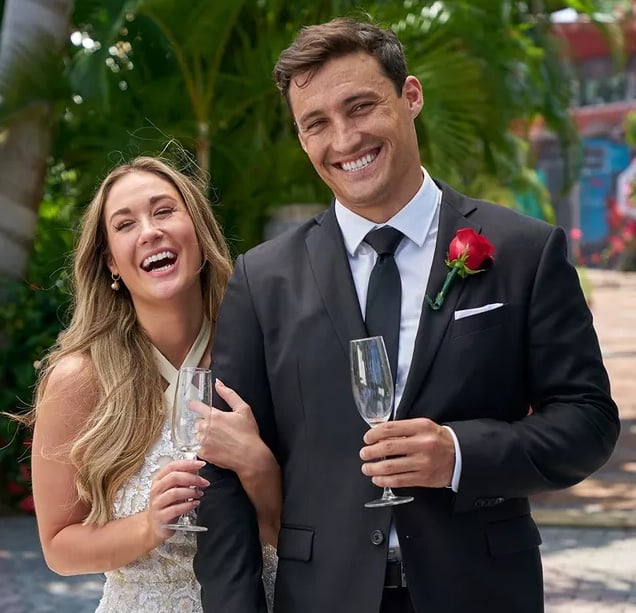 Rachel and Tino got engaged to close out The Bachelorette. Alas, they most definitely won’t be getting married.

“I feel like you truly are my perfect match,” Rachel said to the contractor early on. “You are the only one here. It’s you. I’ve been so excited to tell you.”

“You just made me the happiest guy in the world,” Tino replied, as the scene eventually switched to the pair’s engagement day.

When the stars came face to face with Tino, Rachel only felt pure joy. 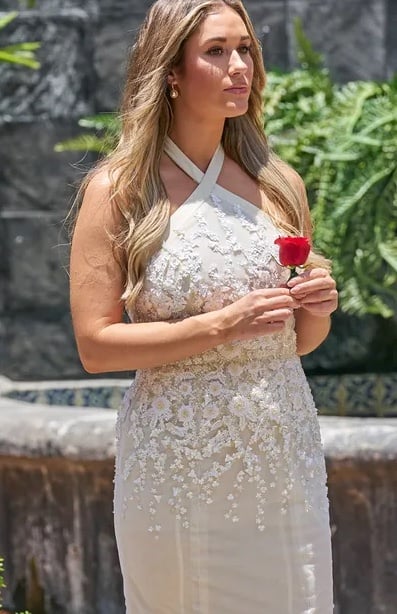 “You’re the most beautiful woman in the world,” Tino said prior to popping the big question.

“Your compassion, your wit, your charm, your intelligence make me fall in love with you more and more every time I see you.

“This crazy love is going to look too good to be true to some people, but it’s as real as it can be and quite frankly, the only person I care about understanding that is standing right in front of me right now.” Tino the vowed he’ll love Rachel “’til the end of time” and added:

I want to dedicate the rest of my life to making you feel cherished and loved, the way you deserve.

I’m so hopelessly in love with you. You’re the woman of my dreams and there’s only one more question to ask.

Rachel Recchia, I want to spend the rest of my life with you. Will you marry me?

“I will, yes!” Rachel exclaimed. “A million times!”

The final rose was then handed out. Hugs and kisses were exchanged and Rachel and Tino will now live happily ever after… right? 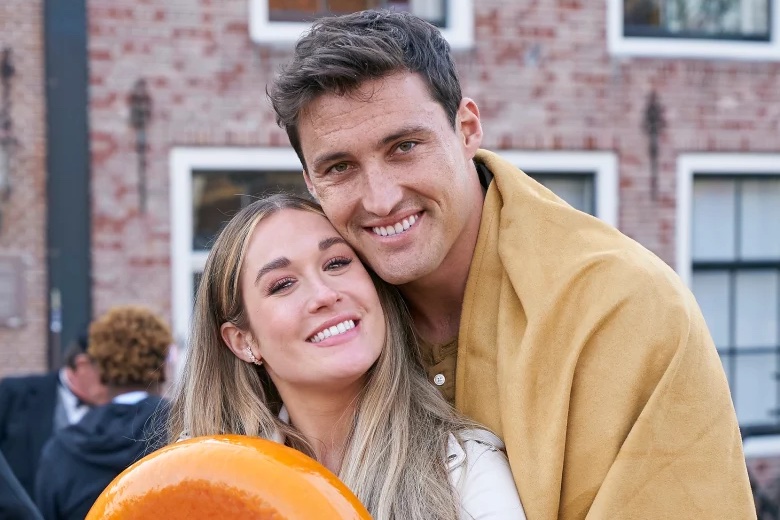 As we had read about via a number of The Bachelorette spoilers, Rachel and Tino ran into major problems after their season wrapped.

During the After the Final Rose live special, Rachel revealed she and Tino experienced “some difficulties” in the weeks following their engagement — due to at least action on the latter’s part.

“I messed up,” Tino confessed on air. “I kissed another girl, but the second I did, I knew I belonged with you.”

The estranged couple then went back and forth in awkward fashion, with Tino trying to argue that Rachel had given him reasons to doubt their future back when this transgression occurred. 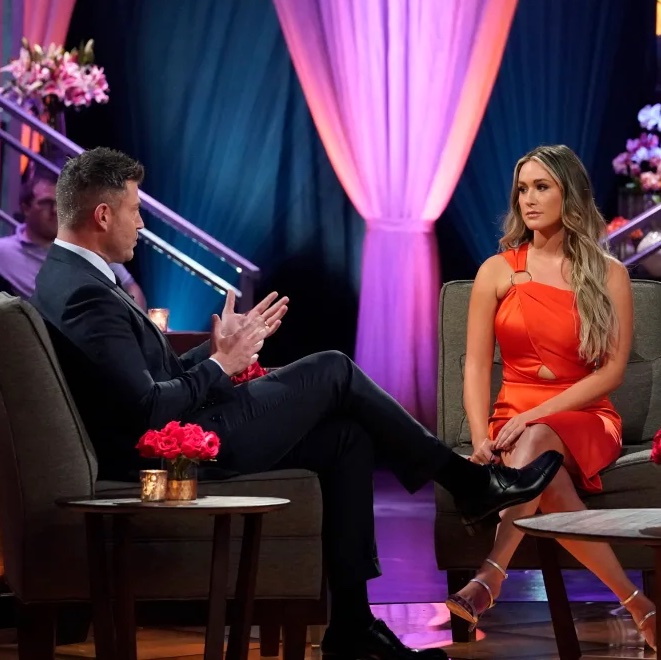 “The stuff you said hurt so much,” Tino said of conversations the two had many months ago. “You said, ‘I don’t know how this is going to work,’ ‘I’m in a bad place’ and ‘I can’t put any effort into this.'”

Heck, Tino even pulled out a journal in which he wrote this stuff down awhile back.

“Yes, we were going through a hard time, but never once did we ever say we are broken up, we are not engaged,” Rachel shot back.

“I was going through a hard time and you know it had nothing to do with you, ever.” 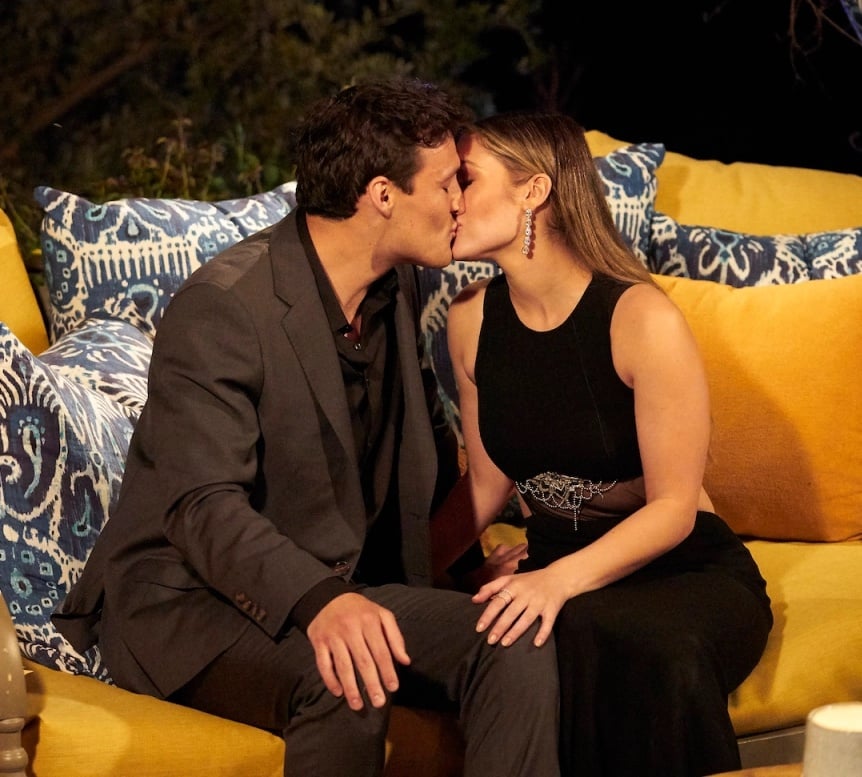 Rachel questioned whether or not Tino was sorry for this smooch, prompting him to reply:

“Rachel, it was a one-time mistake and I realized immediately that I needed to be with you!”

Tino later begged and pleaded and insisted the pair could work things out, but…

“I’m done,” Rachel responded. “This is such a big deal for me. I wanted to do this one time.” 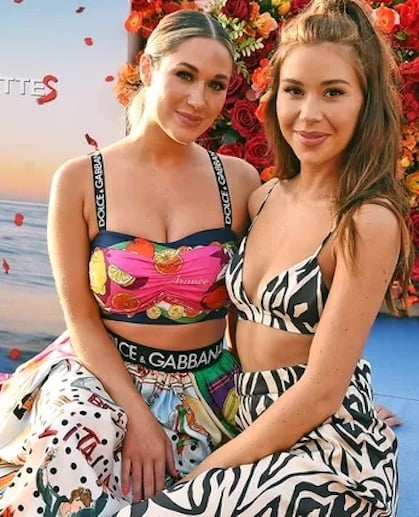 “What I did was wrong,” Tino conceded. “You deserve better and I’m really, really sorry.”

“You completely shattered everything,” Rachel said on the After the Final Rose. “You broke my heart.”

Just as it seemed The Bachelorette would conclude in depressing fashion, host Jesse Palmer said he had an alleged surprise for Rachel.

Yup: he brought out runner-up Aven! 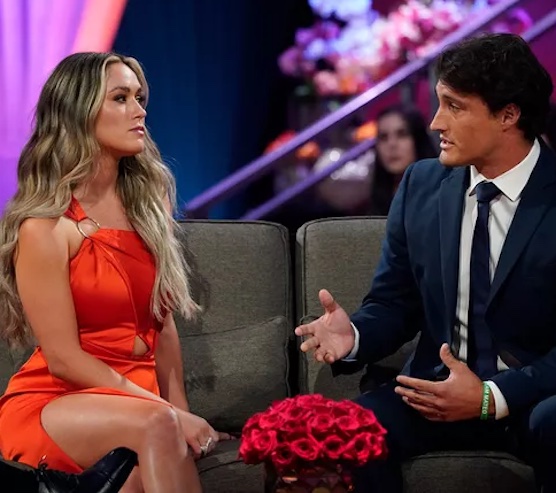 “I was just wondering if you wanted to get out of here and catch up,” Aven asked Rachel.

“I would love nothing more,” said the now-former-Bachelorette.

And that was that, the new twosome walked off the set together… and into a bright and happy future?

The Bachelorette Finale: The Proposal! The Cheating! The Stunning Conclusion! was originally published on The Hollywood Gossip .