Stop reading right now if you do not want to learn the identity of the next Bachelor.

While ABC will not confirm this man’s identity until next week, around the same time as the second part of The Bachelorette finale, someone who knows a lot about these things claims to already know the answer. 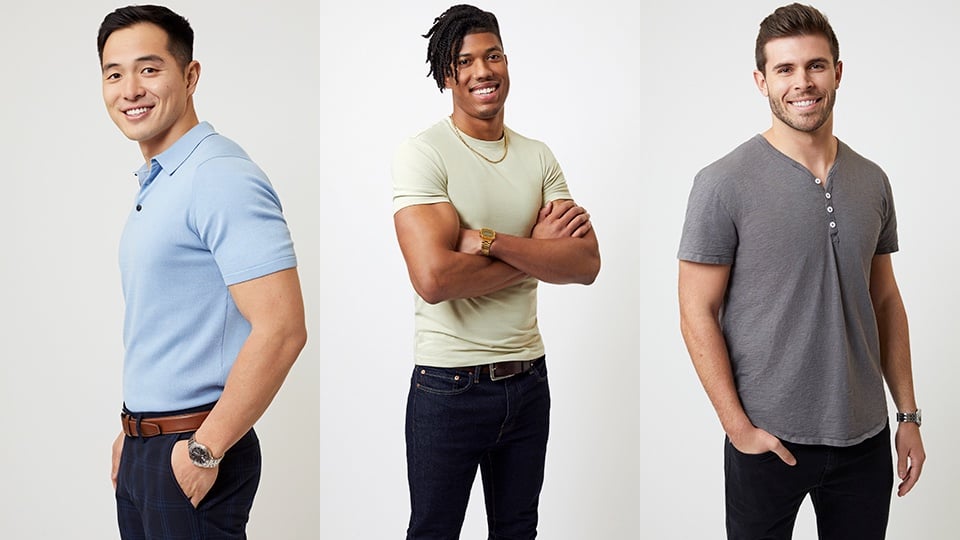 As we know plans can always change last minute, and it won’t be “official” until next Tuesday on the ATFR, but I feel confident in reporting that the next Bachelor is going to be Zach Shallcross.

Yes, according to this expert on all things The Bachelor and The Bachelorette, Zach Shallcross will be the next series lead.

Not who you expected, huh? 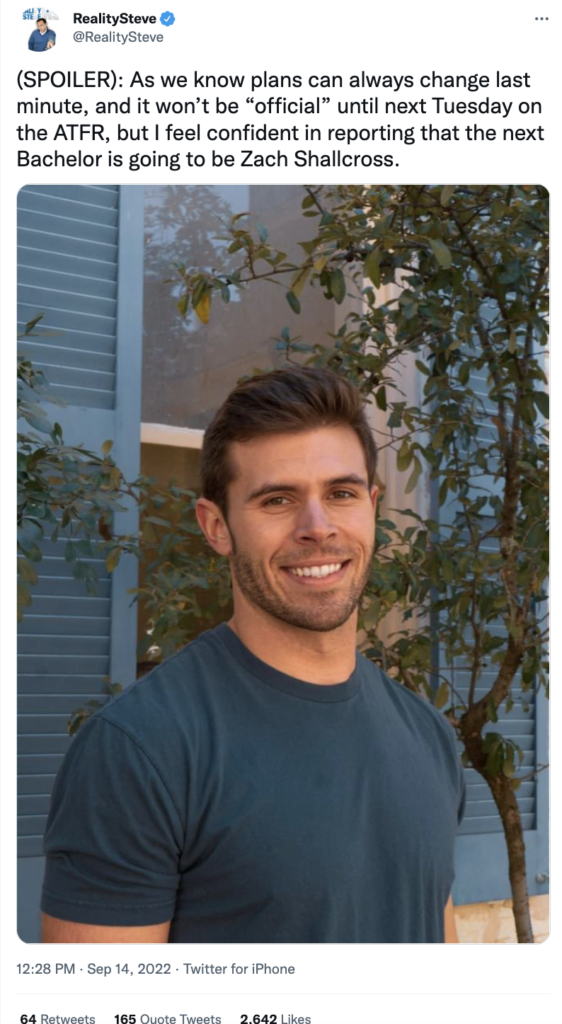 We previously heard that Nate Mitchell was under consideration for the role, but actually turned it down.

Shallcross is a 26-year-old tech executive from Anaheim Hills, California, although he lives in Austin, Texas.

He was a contestant on The Bachelorette season 19 with Gabby Winey and Rachel Recchia, where he ended up as Rachel’s suitor and self-eliminated in third place.

According to his bio on ABC’s official website, Zach describes himself as an “old-fashioned romantic” who loves three things in his life: his mom, his dogs and football. 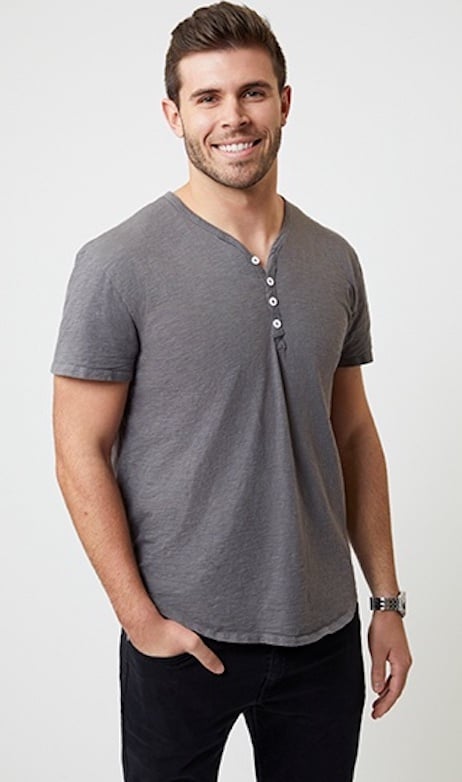 Here is a look at his full biography as a contestant on The Bachelorette:

Zach is an old-fashioned romantic.

He loves his mama, his dogs and football but promises he has more love to go around! He’s charismatic, personable and has a huge heart that he is so ready to share forever with the right woman.

Zach’s perfect woman is compassionate, kind and ready for romance because Zach is excited to lay it on thick.

He loves to plan thoughtful surprises, and nothing makes him happier than seeing the look of excitement on his partner’s face when his meaningful gifts are appreciated.

Zach is serious about finding a love that will lead to marriage, so whatever grand romantic gesture it takes for him to get there, he’s ready to go! For the record, Variety has also reported he will be named the next Bachelor.

Zach played Collegiate Division 1 football for Cal Poly for five years and this is what he writes about himself on Linkedin:

“My role consists of strategically helping business in Houston enhance, extend, and leverage their current software, platform, and infrastructure while educating them on what Oracle’s portfolio has to offer.”

At one point on The Bachelorette, Zach opened up about having lost 85 pounds, telling Rachel of his journey:

“I needed to make sure that I myself became whole, and figured out what is the problem, how do I fix it?

“And then, once I’m whole, I want to share that love with someone when I’m there for them and not make those mistakes.” 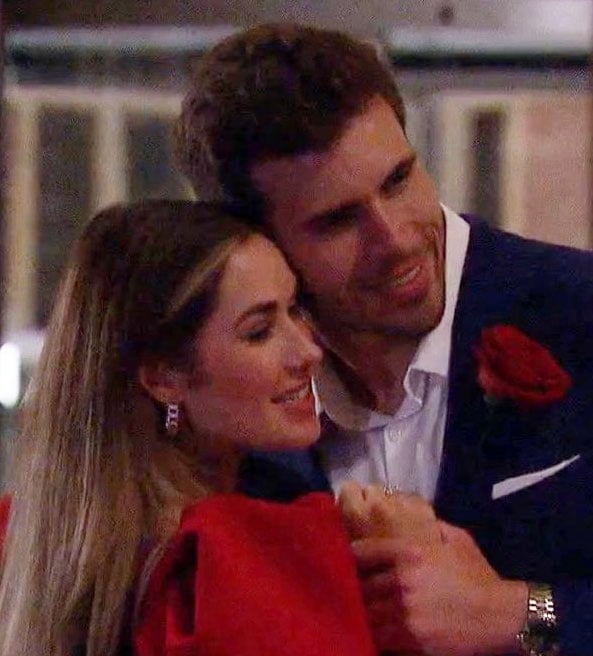 So there you have it.

Zach Shallcross, a white guy who played a college sport and didn’t advance to the finale on his Bachelorette season, will be the next Bachelor.

The Bachelor Season 27: Revealed! Shocking! was originally published on The Hollywood Gossip .