Her big day is later this week.

Naturally, Teresa enjoyed a bridal shower ahead of her nuptials and accompanying wedding special.

The mother-of-four celebrated with friends, loved ones, and a select group of fellow Housewives. 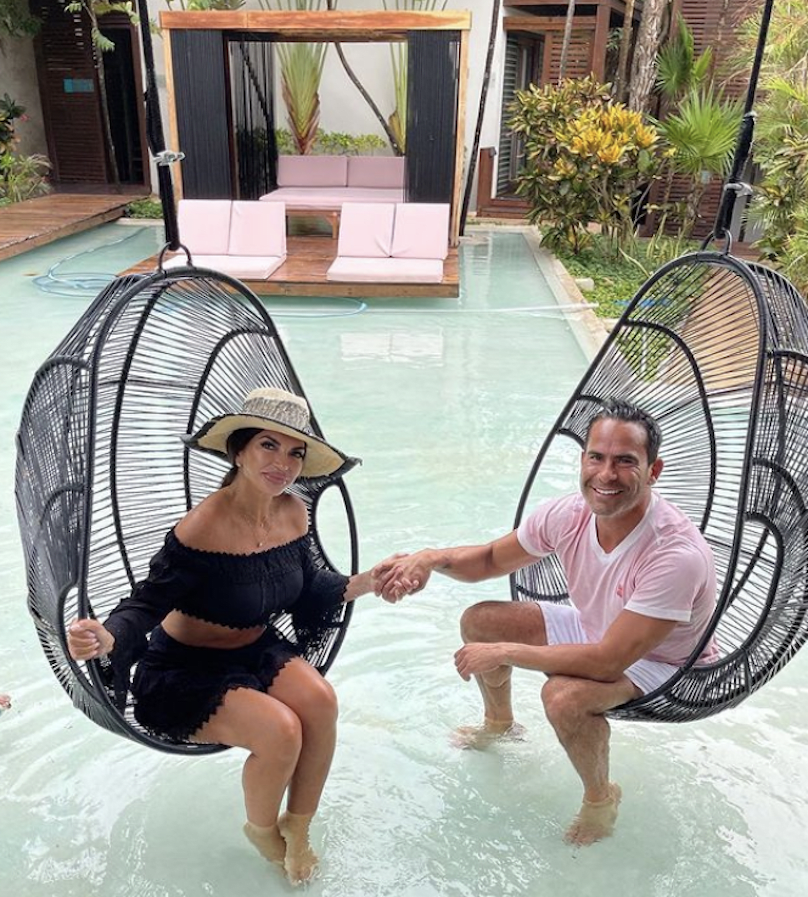 Luis Ruelas and Teresa Giudice are hanging out on a swing in this photo of the couple.

Though Teresa Giudice herself held back a lot of photos, we still got to see plenty of pics — including the cake.

Catered by Platinum House of Sweets, the cake looks very much to Teresa’s taste.

In many ways, it resembles a wedding cake — very appropriate for the occasion, right? 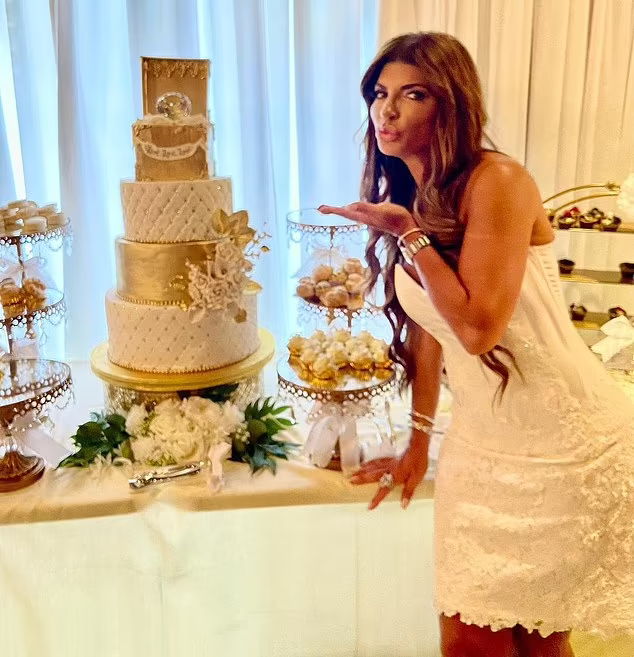 Teresa also appears in other photos, revealing some familiar faces.

Wearing a white bodice with corset boning, she posed for party snaps with castmates.

While Melissa Gorga is not part of the bridal party, Ashley Darby and Jennifer Aydin appear in plenty of pics. 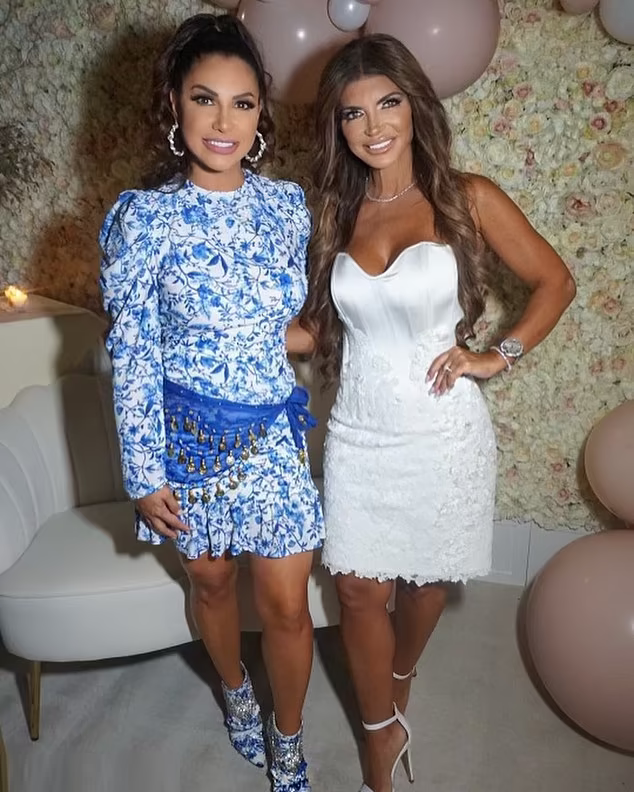 Well, it looks like Jennifer’s long-term strategy of being Teresa’s surrogate helped.

We don’t mean a surrogate as in a gestational carrier for a pregnancy.

What we’re talking about is a puppet. A mouthpiece. Jennifer has let Teresa use her for drama, and the reward is friendship. For now. 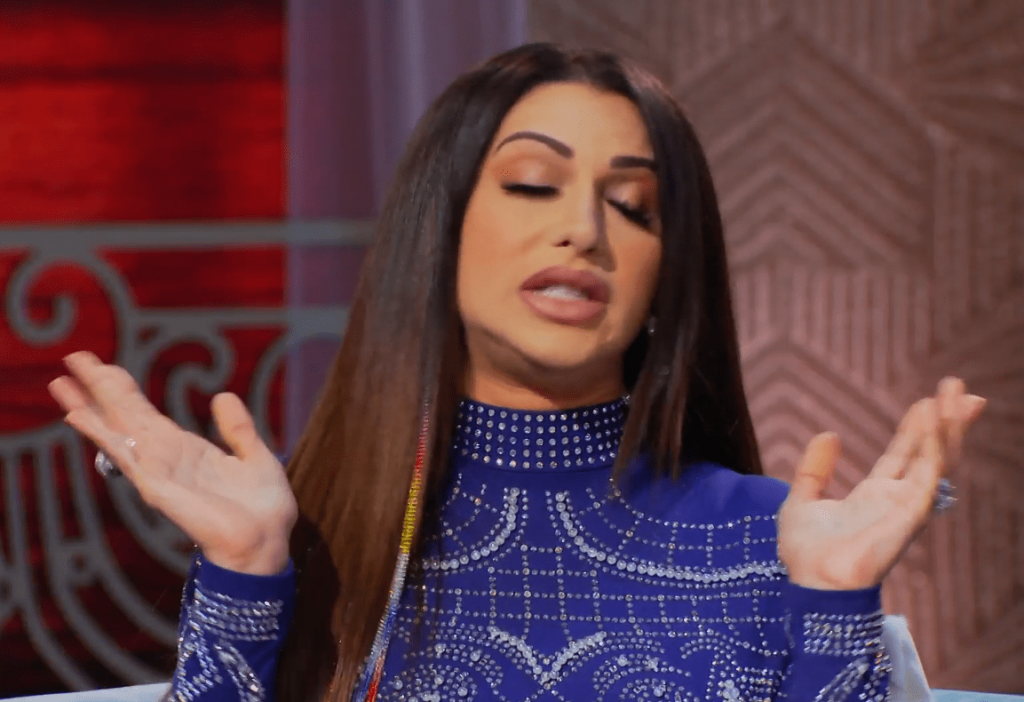 In contrast, Teresa has downplayed her closeness with her own sister-in-law, Melissa Gorga.

Why? Because Melissa is not one of her minions.

Tre clearly struggles with a number of things. Words. Emotions. And dealing with disagreements. 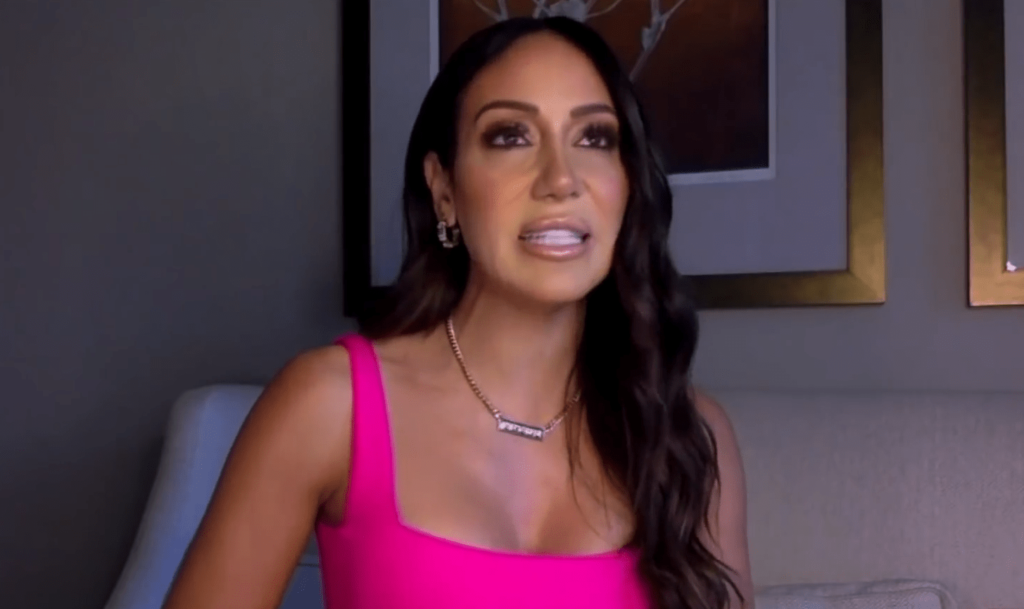 Teresa was on Watch What Happens Live when she revealed to the world that Melissa would not be a bridesmaid.

Melissa found out the same way that the rest of us did, which had to sting.

What hurt worse was learning that Luis’ sisters would be part of the wedding party. Ouch. 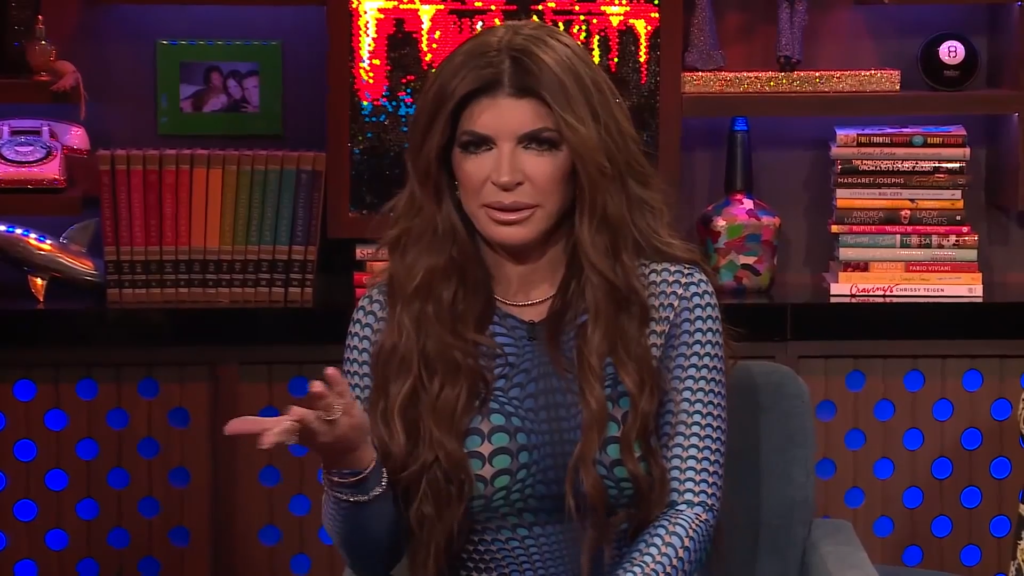 Of course, it’s Teresa’s wedding. She can choose her wedding party.

We all know that many people compromise on this topic, especially to avoid hurt feelings. But Tre didn’t have to, and she didn’t.

Speaking of decisions that Teresa got to make about her nuptials, she and Bravo reportedly inked out a deal. 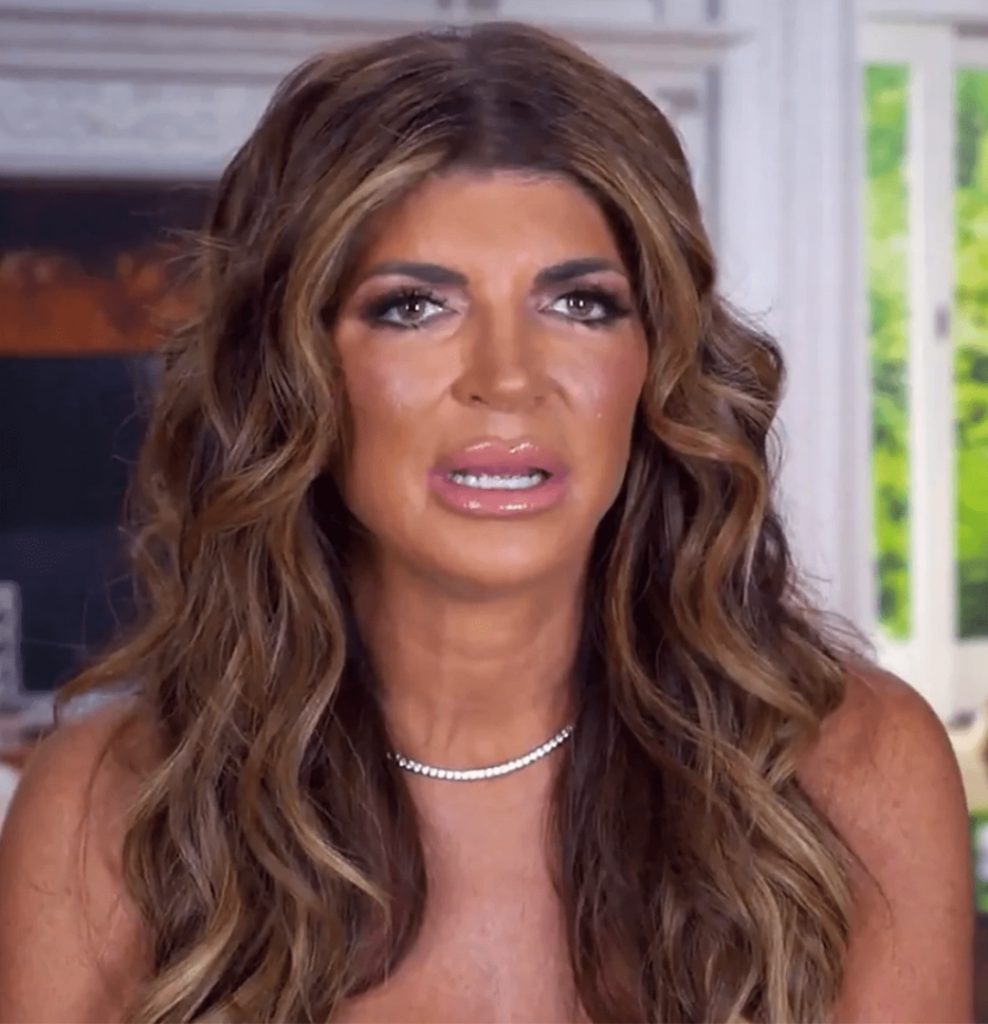 Remember how The Real Housewives of New Jersey won’t air her wedding? That is still the case.

Though RHONJ is in production, sometimes a wedding fits with a season — and sometimes it doesn’t.

Instead, Teresa is getting her own wedding special. Reports say that it could be as many as four episodes. 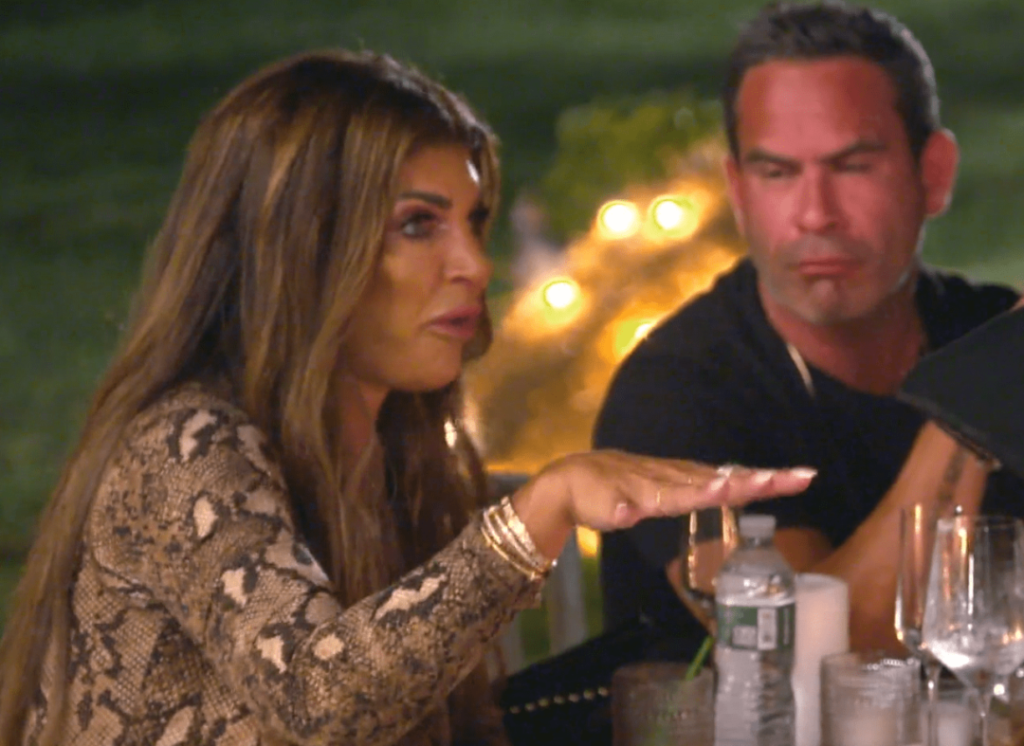 The volume of episodes depends upon the content that Bravo is able to capture during the wedding special.

If the nuptials are a snoozefest, we’re probably looking at a couple of episodes that feel like a documentary for her superfans.

Then again, if Tre leaves Luis at the altar, if one of Ramona’s followers crashes the wedding, or if there’s a huge fight … Bravo would love to capture it all. 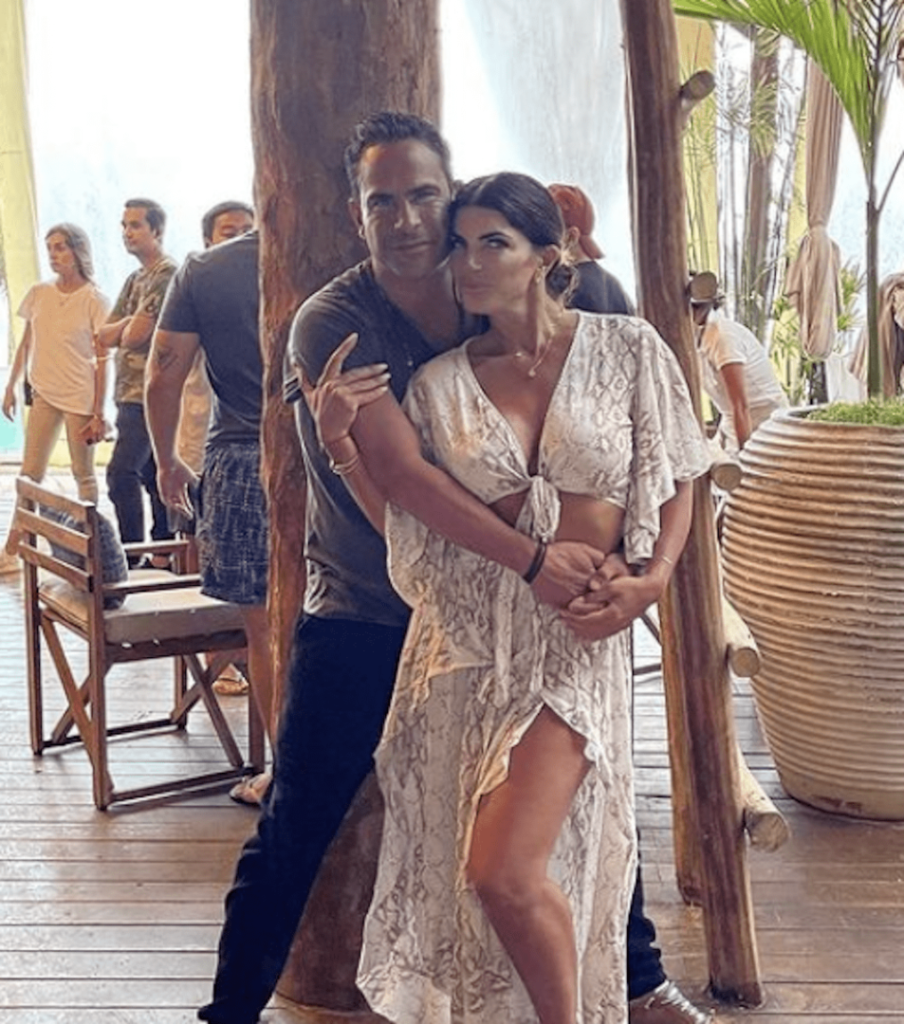 Luis Ruelas wraps his arms here around the alleged love of his love, Teresa Giudice.

Meanwhile, the new season is in production.

We’re sure that we won’t have to wait until late this year or early next year to hear how the wedding went.

If the venue and date leaked months ago, it’ll be hard to keep secrets from the event itself.

Teresa Giudice Holds Bridal Shower: Which Housewives Were Invited? was originally published on The Hollywood Gossip .