What was Ted Knight's Net Worth?​

Ted Knight was an American actor and voice artist who had a net worth equal to $10 million at the time of his death in 1986. Ted Knight was best known for his roles on the television sitcoms "The Mary Tyler Moore Show" and "Too Close for Comfort." He also appeared in a number of films, including "Twelve Hours to Kill," "Cry for Happy," "Hitler," "Countdown," and the golf comedy "Caddyshack," his final big-screen credit. Due to his distinctive voice, Knight also did voice-acting for such animated series as "The Batman/Superman Hour," "Fantastic Voyage," and "Super Friends." He won two Primetime Emmy Awards and has a star on the Hollywood Walk of Fame. Ted Knight passed away on August 2th, 1986 at 62 years old.

Ted Knight was born as Tadeusz Wladyslaw Konopka on December 7, 1923 in the village of Terryville in Plymouth, Connecticut. His parents, both Polish-American, were Charles and Sophia. As an adolescent, Knight dropped out of high school to join the US Army during World War II. He served in A Company, 296th Combat Engineer Battalion, and earned five battle stars for his service.

After the war, Knight studied acting in Hartford, Connecticut and gained an aptitude for puppetry and ventriloquism. This resulted in a job hosting a children's television show at WJAR-TV in Providence, Rhode Island, which he did from 1950 to 1955. Knight subsequently moved to Albany, New York, where he hosted a couple of shows at WROW-TV and did some announcing for WROW radio. In 1957, at the behest of station manager Thomas Murphy, he moved to Hollywood to pursue a career in acting.

Throughout the late 50s and into the 60s, Knight did commercial voiceovers and appeared in small parts on television and film. On the small screen, he made appearances in episodes of such shows as "Lassie"; "The Twilight Zone"; "Bourbon Street Beat"; "The Man and the Challenge"; "Pete and Gladys"; "Dr. Kildare"; "The Untouchables"; "The Outer Limits"; "The Fugitive"; "Get Smart"; and "The Wild Wild West." Knight also had a regular role on the soap opera "The Young Marrieds," and starred in Robert Altman's crime thriller television film "Nightmare in Chicago." 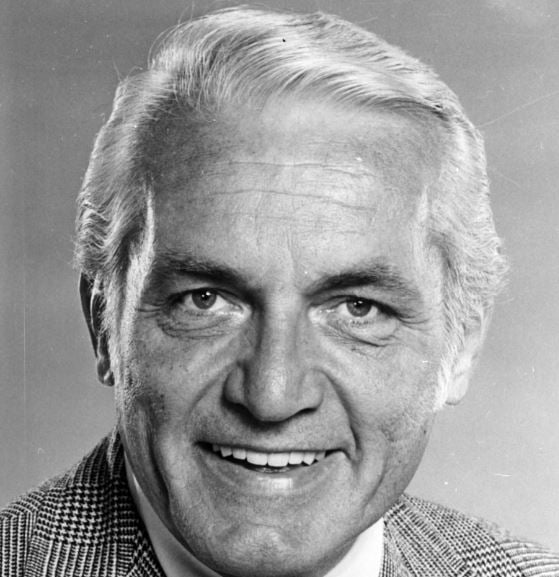 Ted Knight found his greatest professional success and recognition on the hit CBS sitcom "The Mary Tyler Moore Show," which ran from 1970 to 1977. He played the supercilious and buffoonish Ted Baxter, a newscaster of meager talent working at the fictional WJM-TV station in Minneapolis, Minnesota. His character was known for his many malapropisms and mispronunciations; however, fearing he was becoming one-note, the show's writers made him more lovable in the later seasons. For his work on the show, Knight earned six Emmy Award nominations, winning twice in 1973 and 1976.

Following the conclusion of "The Mary Tyler Moore Show," Knight made a guest appearance on the sitcom "Busting Loose," playing the owner of a New York City escort service. The character, Roger Dennis, ended up getting his own spin-off series called "The Ted Knight Show"; however, the show only lasted six episodes in 1978. Knight went on to appear in a few episodes of the ABC series "The Love Boat."

In 1980, Knight landed his final main television role on the sitcom "Too Close for Comfort." He starred as kind but ornery cartoonist Henry Rush, who lives above his two adult daughters in a San Francisco townhouse. Although the show was canceled after three seasons, it was revived in first-run syndication in 1984. A couple of years after that, it was rebranded as "The Ted Knight Show," and Henry Rush transitioned from cartooning to running a weekly newspaper.

Thanks to his distinctive speaking voice, Knight landed a number of roles on animated television series. He voiced an array of characters on such shows as "The Superman/Aquaman Hour of Adventure"; "The Batman/Superman Hour"; "Fantastic Voyage"; "Super Friends"; and "Lassie's Rescue Rangers."

Knight made his first appearances on the big screen in 1960. In addition to his roles in "13 Fighting Men" and "Twelve Hours to Kill," he had uncredited appearances in "Man on a String," "Cage of Evil," "Key Witness," and Alfred Hitchcock's "Psycho." Knight subsequently appeared in the Western "Two Rode Together" and the comedies "Swingin' Along," "Cry for Happy," and "The Great Impostor." In 1962, he was in "13 West Street," "Hitler," "The Pigeon That Took Rome," and "The Interns." This was followed by roles in "The Candidate," "Young Dillinger," "Blindfold," and Robert Altman's science-fiction film "Countdown," starring James Caan and Robert Duvall. Knight had his final film role in 1980, playing the peevish Judge Elihu Smails in Harold Ramis's golf comedy "Caddyshack."

In 1948, Knight wed Dorothy Smith. Together, they had three children named Ted Jr., Elyse, and Eric.

Shortly after "The Mary Tyler Moore Show" ended in 1977, Knight was diagnosed with colon cancer. After undergoing treatment, the cancer returned in 1985 and spread to his bladder and intestines. Knight had surgery, but suffered from complications. He passed away in August of 1986 in Los Angeles at the age of 62. A bridge on Canal Street in his hometown of Terryville, Connecticut was named in his honor.