Male / Female Tamar Braxton Claims That She Was ‘THREATENED’ By One Of The Atlanta Housewives & Her Husband!

Tamar Braxton took to Instagram to make some pretty serious accusations against one of the Real Housewives of Atlanta stars and her husband, Media Take Out has learned. While Tamar doesn’t get into specifics, she does mention that she has ‘real beef’ with the ‘peach’ and her husband after they allegedly threatened her.

Tamar used a peach emoji, leading her followers to infer she’s talking about one of the ladies from ‘The Real Housewives of Atlanta.’ 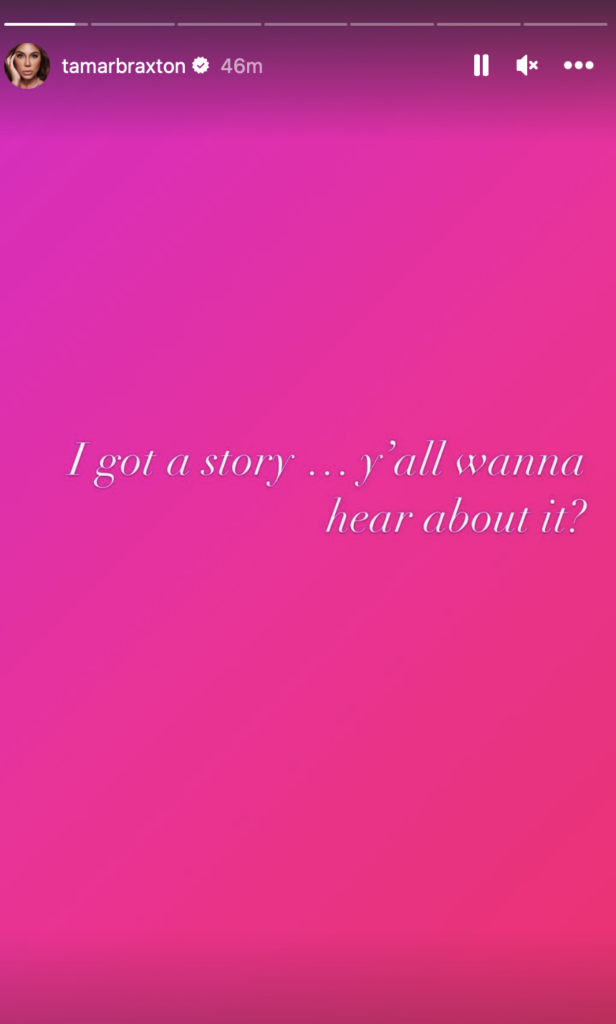 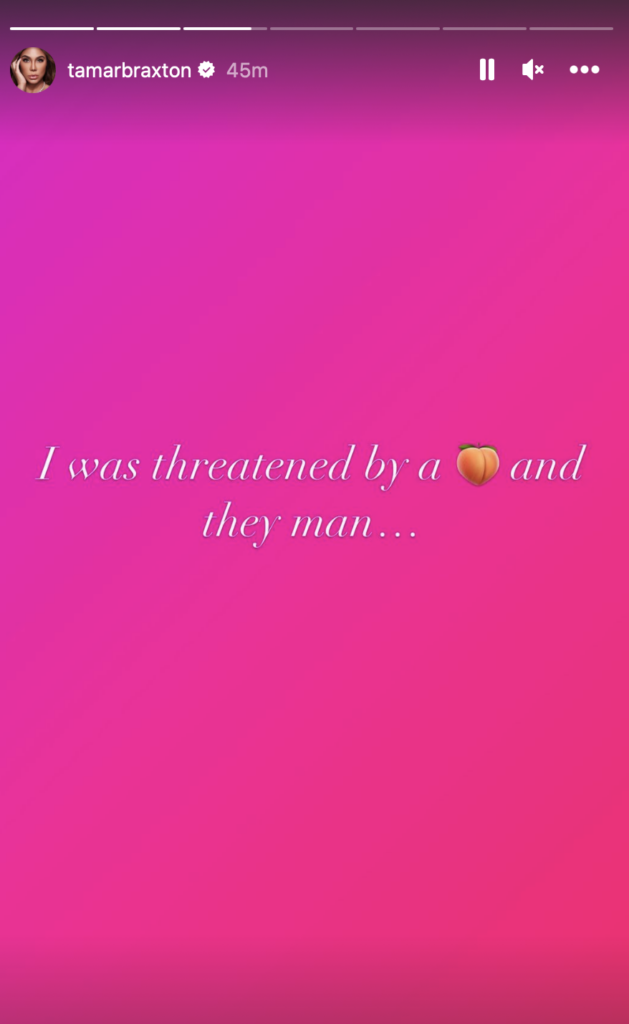 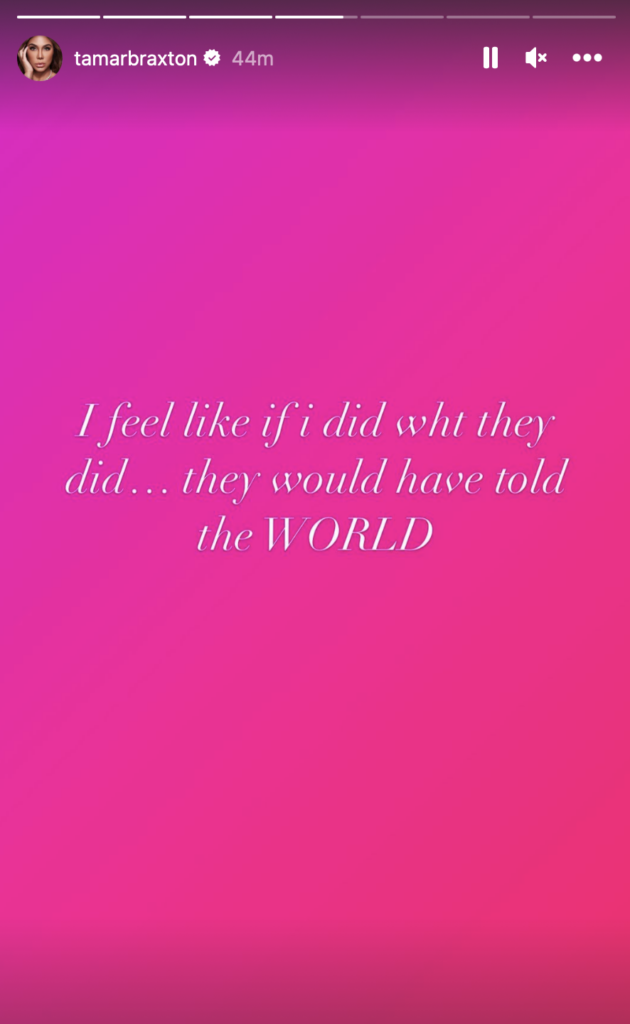 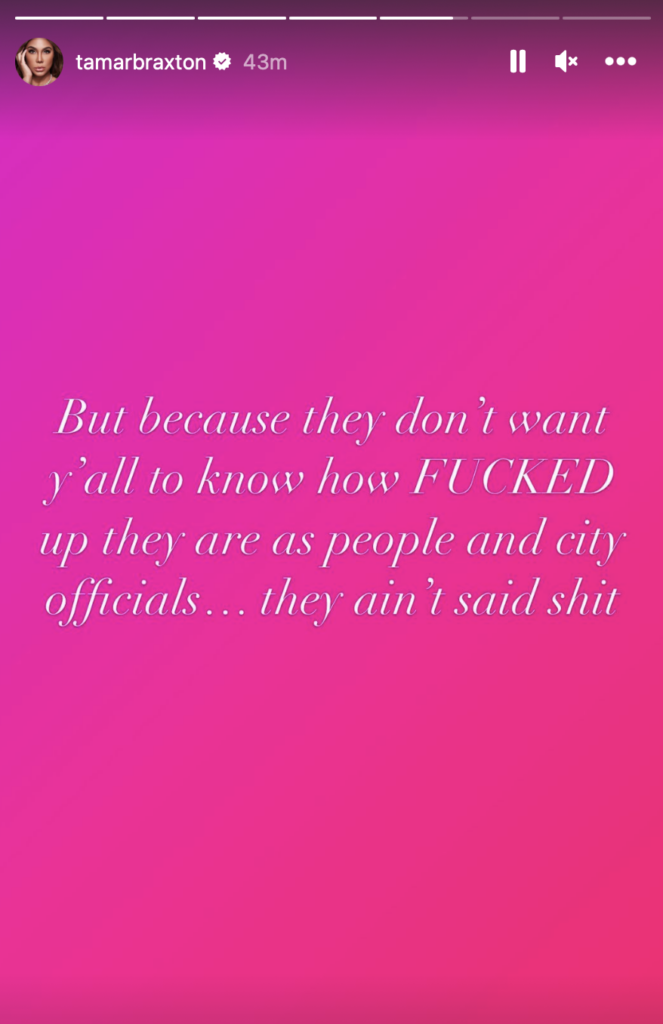 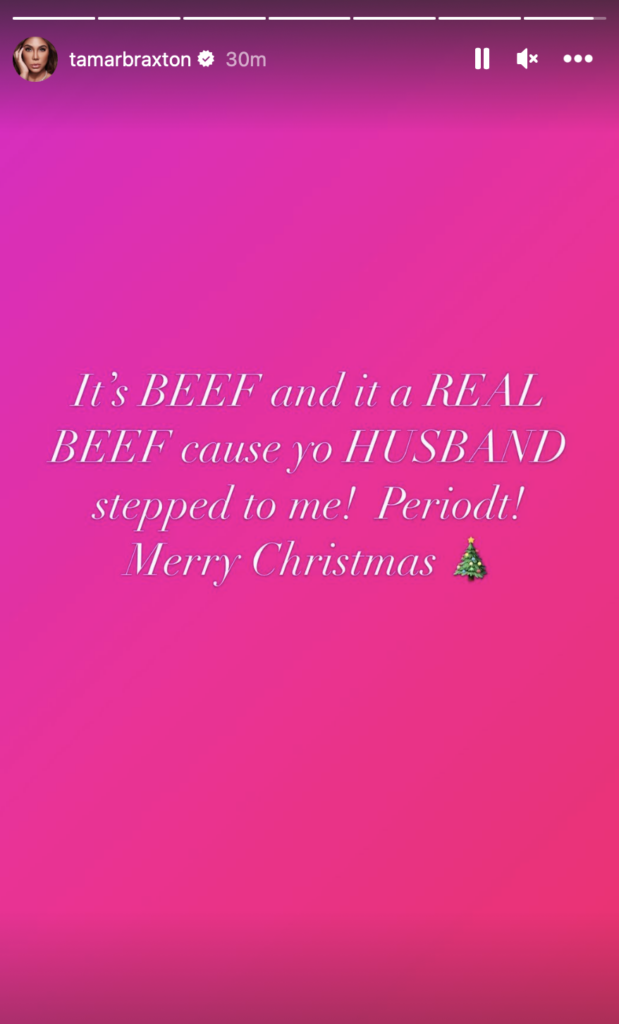 Who could she be talking about? According to Tamar, the two are “city officials” – suggesting that she could be talking about former housewife Eva Marcelle and her husband Mike Sterling.

The only husband and wife couple we can think of that consists of a (former) ‘peach’ as well as a city official would be Eva Marcille and Mike Sterling. Mike was a candidate for Atlanta mayor – but has since gone into private practice as a criminal defense lawyer. 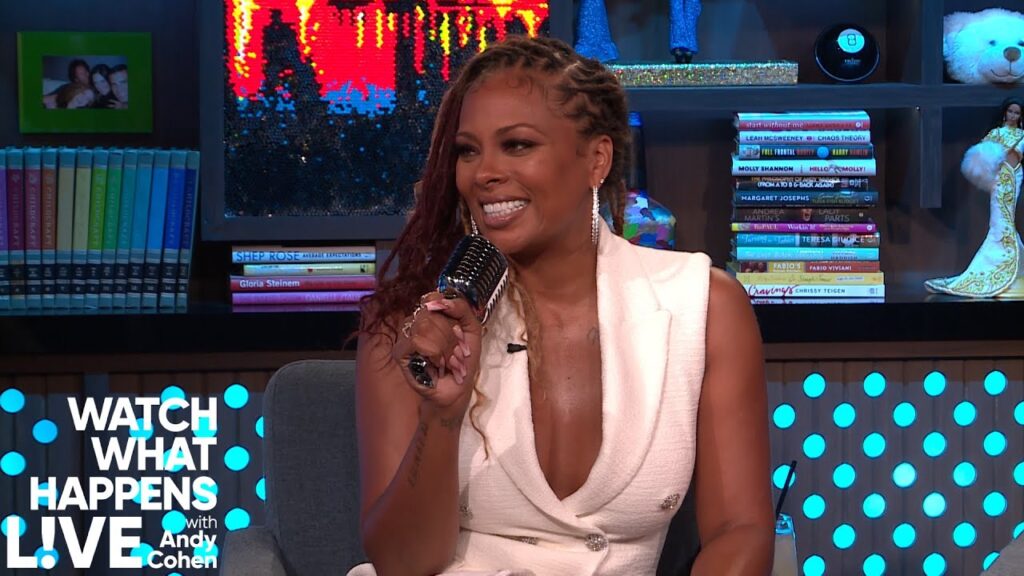 The post Tamar Braxton Claims That She Was ‘THREATENED’ By One Of The Atlanta Housewives & Her Husband! appeared first on Media Take Out.