On Friday night, Kris Jenner said that she wasn’t responsible in any way for the release of her daughter’s sex tape with Ray J nearly two decades ago.

On Saturday night, Ray J clapped back at both Jenner and Kim Kardashian. 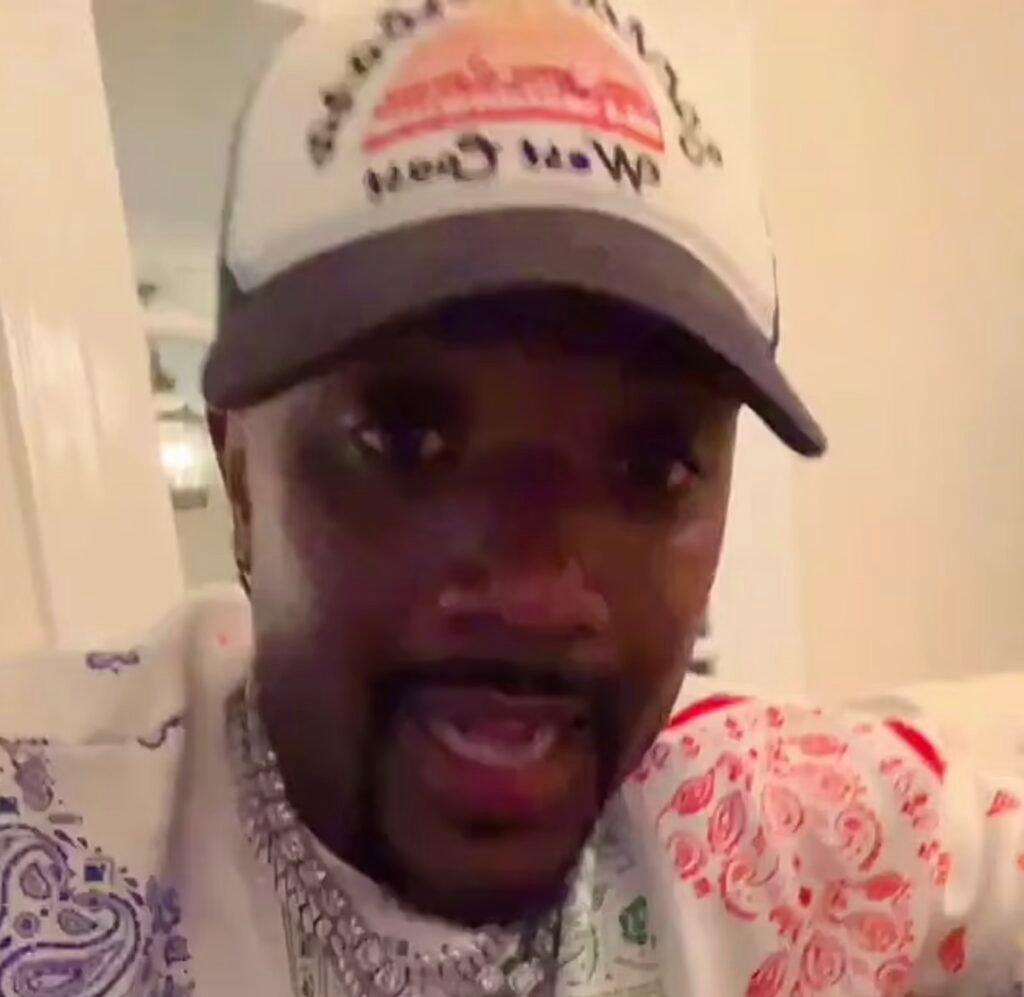 First, Kris appeared as a guest on The Late Late Show With James Corden on and sat down for an alleged lie detector test.

“Did you help Kim release her sex tape?” the talk show host asked.

The polygraph signaled that Kris was telling the truth… so there you have it, right? 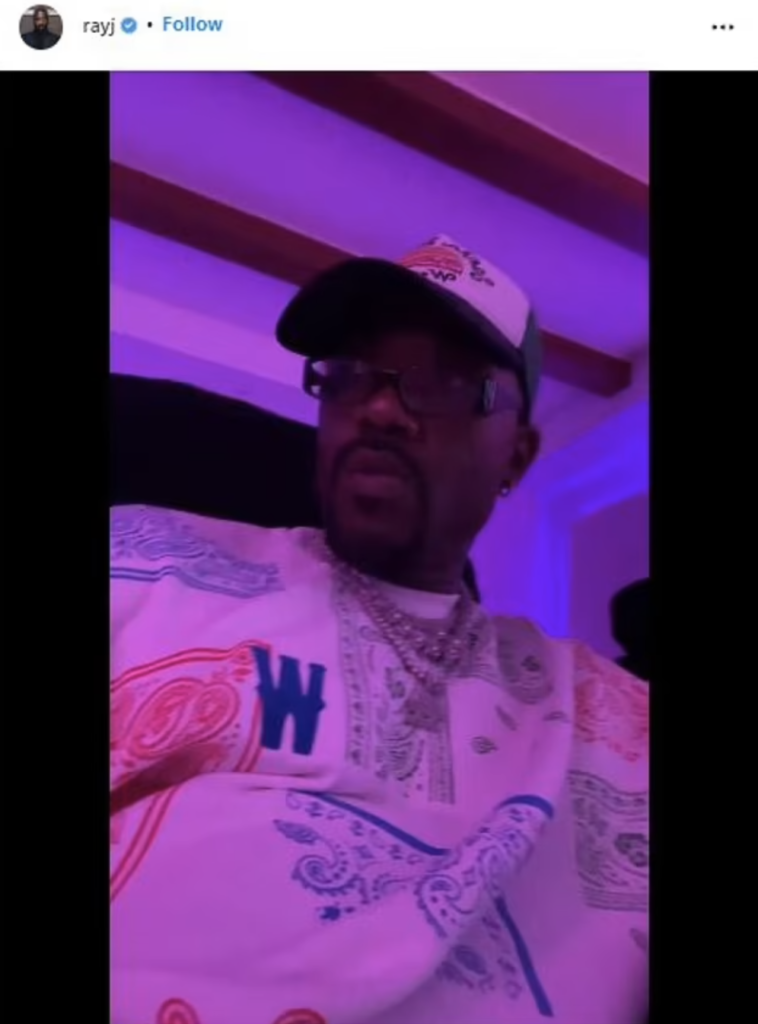 Several hours after Jenner testified in this manner, Ray J recorded multiple videos on social media that totaled over 44 minutes in length.

Just as he’s done in the past, the artist insisted that Kim and Kris were the ones who masterminded the sex tape he filmed back in the day with Kardashian.

“You going to try to crush my career, make me look stupid, when you know you was the mastermind,” he says in one piece of footage.

“Kris, you know you ran the play.” 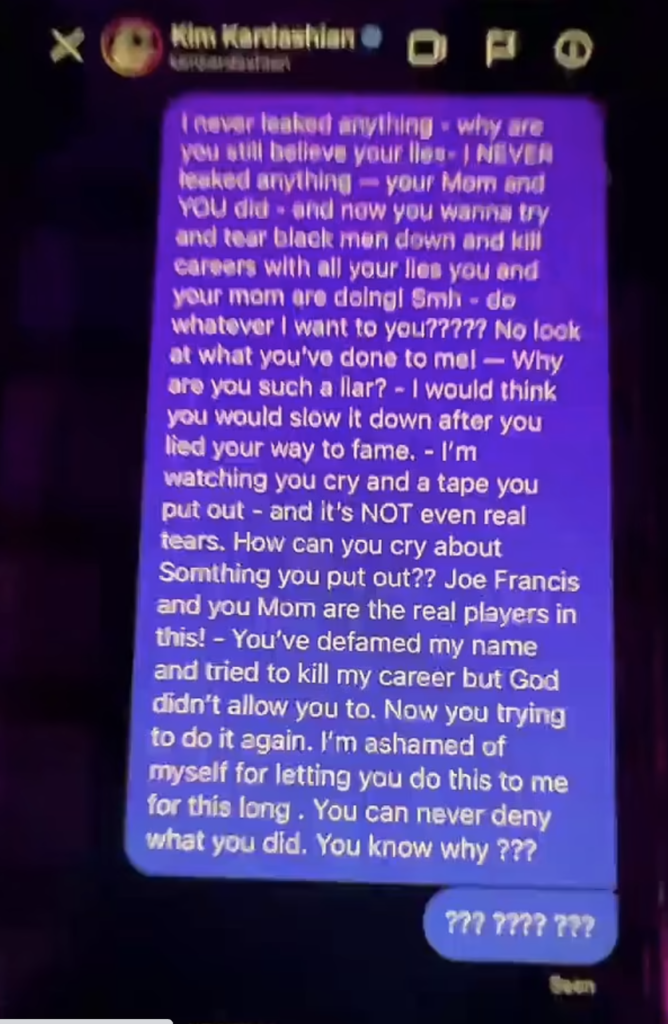 Ray J, who previously shared texts he wrote back and forth with Kim (above) on the subject, went on to question the validity of this lie detector test.

“What you are trying to do to me is almost inhumane and foul at the highest level,” he continued.

“F-ck this just being racist — this is wrong to do to anybody.”

As you can see below, Ray J even included snapshots of the contract he and Kim supposedly signed in regard to the sex tape, which he said was filmed on three separate occasions in three different places. 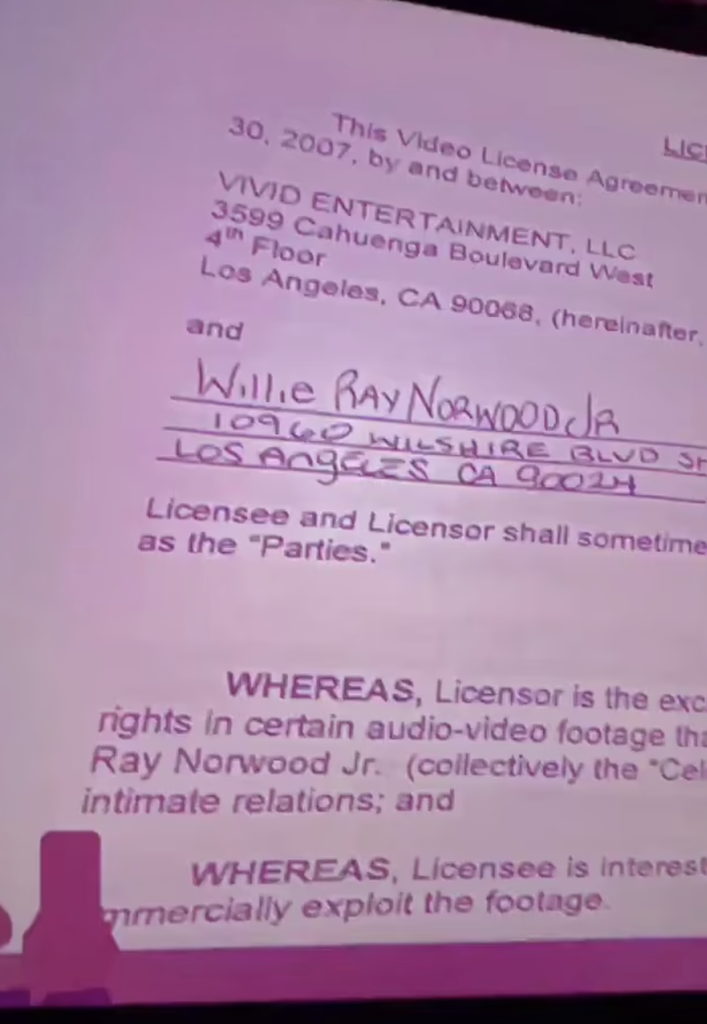 He claims that Kris made the former couple reshoot the video in order to ensure that her daughter looked good on camera.

“I’m just showing you all this because I’m putting this all out for my kids. I’m tired of playing games. I don’t give a f,” he went on.

“I’m tired of motherf—ers thinking that ‘It’s just this bad little thing in the past you did, but it’s okay and we’ll look the other way.’

“Nah, we ain’t looking the other way. F–k that. As long as my name cleared, everybody getting sued because they all motherfing putting out fake stories. Look, so I see this sh-t and I’m like, “Y’all wanna play games with me? Ok let’s play.'” 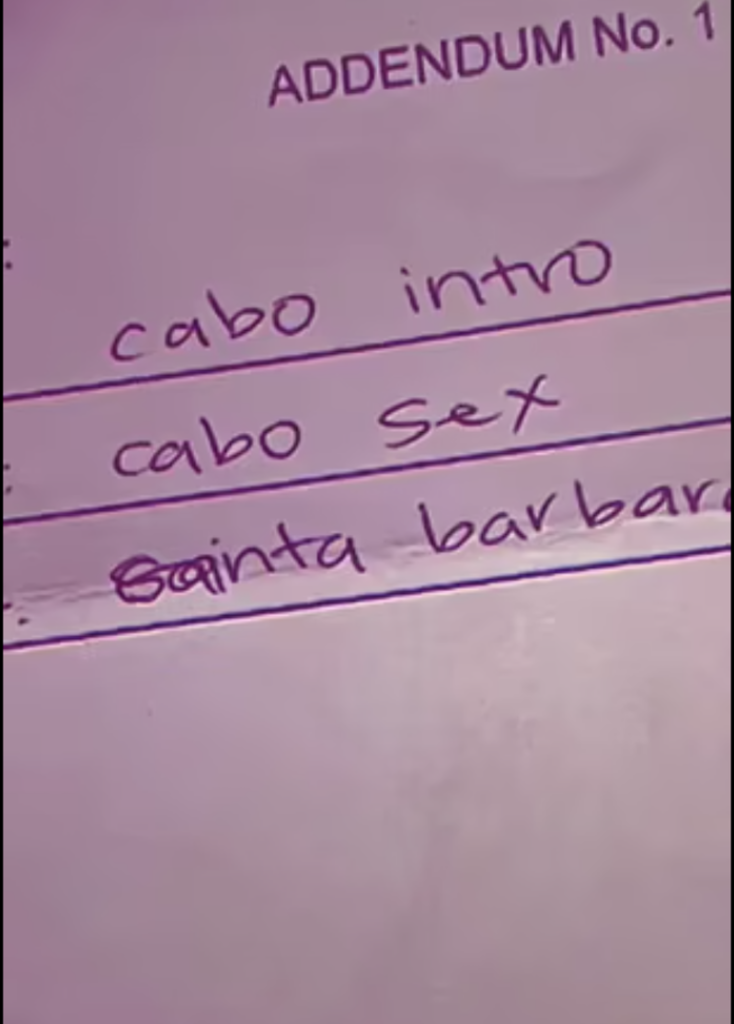 Ray J alleges he was paid $400,000 for the sex tape, which Kardashian has consistently claimed was released without her consent.

“There’s no way I could use Kim Kardashian’s name in this contract if she wasn’t a part of it, right?’ he asked on Saturday.

At another point, Ray J compared handwriting samples of Kim’s in order to prove that the writing on the contract matched other examples of his ex-lover’s writing. 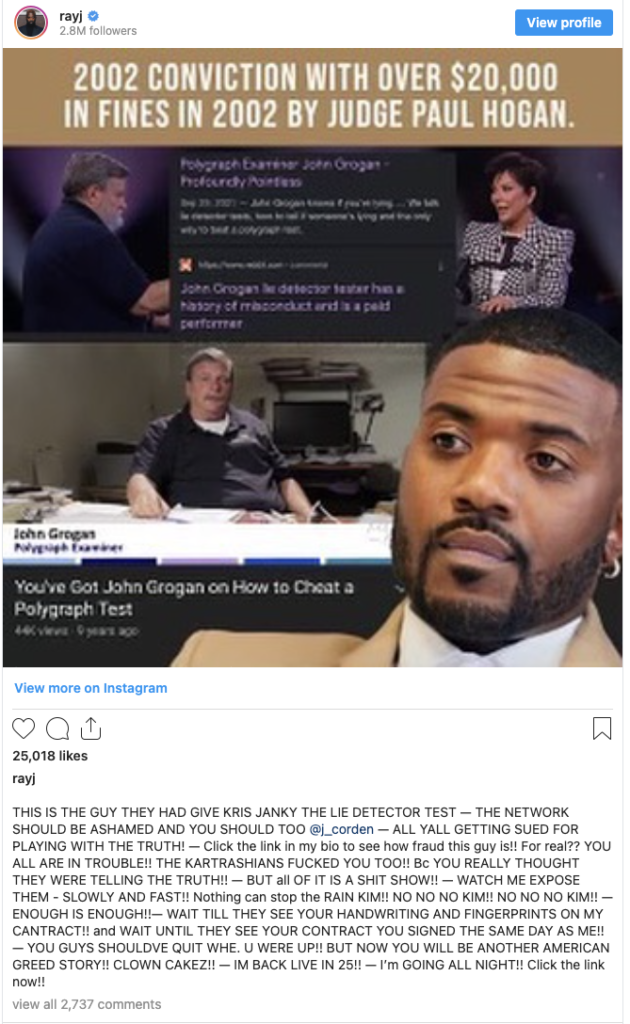 At another point, the musician claimed Jenner was the one who introduced him to Vivid CEO Steven Hirsch.

(Vivid was the company that released the infamous sex tape between Kim and Ray J in 2007.)

“You introduced me to Steve HIRSH, you masterminded everything 4 your family, and tried to ruin mine at the same time smh,” Ray J added.

“You don’t think all mothers get stressed ? Or you special huh? I know it’s old and I don’t care — this makes me sick – but God had my back and still does.”

After also stating that Kris and Kim screwed him out of money from the sex tape, Ray J admitted he had sort of lost it.

But that he did so for an important cause:

“IM GOING ON THE BIGGEST RANT OF MY LIFE TONIGHT TO CLEAR MY NAME OF THIS NEGATIVITY AND SHOW YOU HOW THESE PEOPLE ARE F***ING DEVILS — AFTER THIS FINALE!!!

“THEN WE CAN BE DONE WITH THIS- IM FIRED UP TONIGHT!! THIS is FOR MY KIDS!!”

Ray J: I Can Prove Kris Jenner Released Her Daughter’s Sex Tape! was originally published on The Hollywood Gossip .