Male / Female Rapper Blueface And His Crew Gets Into Fight At Hood Baltimore Club!!

Rapper Blueface got into a fight in Baltimore, Media Take Out learned – after he went to a local club, and ran into a few men associated with Chrisean’s father. 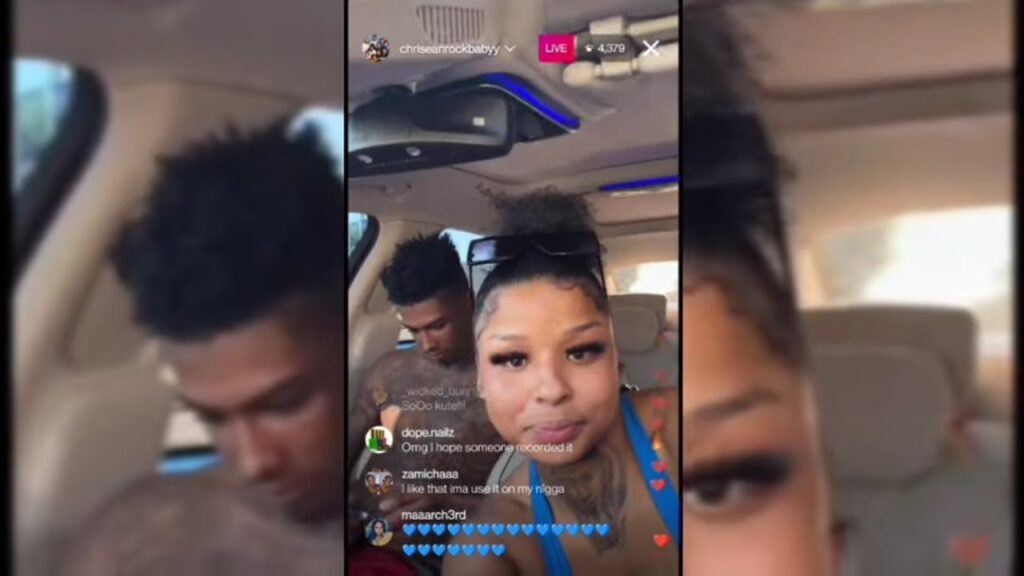 As Media Take Out reported, Blueface got into a fight with Chrisean’s dad last fall, and allegedly knocked out the older gentleman.

Well Chrisean decided to spend Christmas this year – with her family in Baltimore. And while Blueface wasn’t invited to the family’s house – he did fly down to Baltimore to meet up with his GF.

According to social media reports, Blueface and Chrisean went to a local hood club, and were attacked by a group of men associated with Chrisean’s father. Here’s video of the fight:

In September of this year, Chrisean took to her Instagram Story feed and wrote in her story caption, “So My Boyfriend Knocked My Dad Out Da Family Stuff Didn’t Go Well Ino Even Know What’s Going On” and ending it with a heartbreak emoji.

Later the same day, Rock then shared videos of herself apparently hosting a club event at the Lit Lounge in Providence, R.I., and her boyfriend was in tow although she didn’t tag him in the video. She then shared a video of another club appearance in New York City and boasted of hitting up two cities in one night.

Adding to all of this, Blueface posted one lone message to his Instagram Story feed, writing, “I’m her daddy now” with crying laughing emojis.

The post Rapper Blueface And His Crew Gets Into Fight At Hood Baltimore Club!! appeared first on Media Take Out.