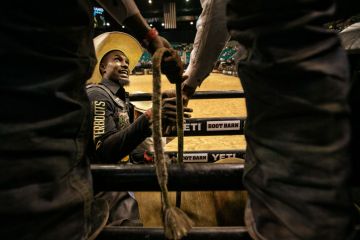 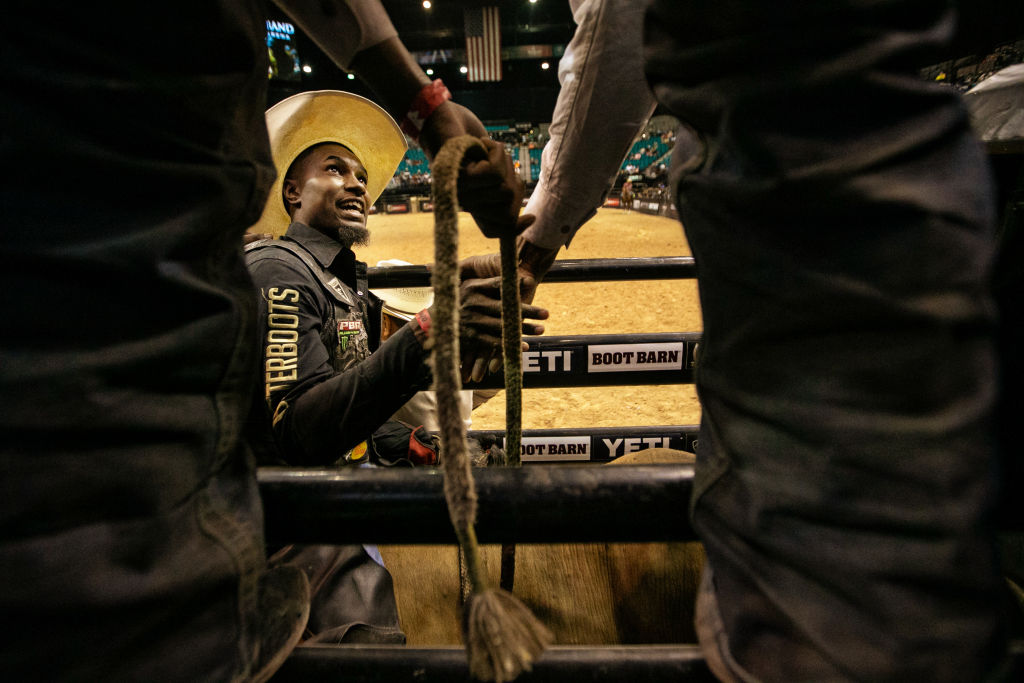 A professional bull rider was reportedly shot dead by his on-again off-again girlfriend after competing in a tournament in Utah Monday, and now she’s sitting behind bars and being held without bond in his killing.

Known professionally as “Ouncie Mitchell,” Demetrius Omar Lateef Allen, 27, was discovered with “at least one gunshot wound” outside an apartment belonging to 21-year-old LaShawn Denise Bagley, according to Fox 13 Now.

Bagley has since been charged with first-degree murder and third-degree felony discharge of a firearm, the outlet reports.

Prior to his death, Allen had traveled to Salt Lake City from Houston to compete at a rodeo at the Utah State Fair, and was set to stay with Begley while there.

The couple actually attended the fair and rodeo together and later left to go to a nearby bar, where they got into an argument.

Allen allegedly said he wanted to go back to her place to get his things and leave, police said, and was fatally shot after arriving back at Bagley’s apartment, court documents read.

Allen Never Tried To Force Way Into Bagley’s Apartment, Despite Her Shooting Him Through Glass Door​

A witness similarly told police that Allen did not attempt to force his way into Bagley’s apartment.

Evidence shows that she fired multiple rounds through the glass door, and hit Allen in the torso according to a report obtained by FOX 13.

Allen was rushed to a nearly hospital where he was later pronounced dead, the outlet reports.

Ouncie Mitchell stole the show when he completed a rank 8-second ride to win the Bill Pickett Invitational Rodeo! Will we see this Pendleton Whisky Velocity Tour regular in Tryon, NC, June 25-26? pic.twitter.com/O1Gdf3YwIX

The Professional Rodeo Cowboys Association has Allen ranked number 23rd in the world as a bull rider.

Slain Bull Rider Ranked No. 23 In The World At Time Of Death, Described As “Talented Cowboy”​

The commissioner and CEO of Professional Bull Riders, Sean Gleason, called Ouncie “a talented cowboy,” and said it was hard to understand his death, adding “he would give the shirt off his back to anybody, why would you take his life away?”

“I don’t understand and I don’t know how long it’s going to take me to understand,” Mitchell said. “The guy that would give the shirt off his back to anybody, why would you take his life away?

“Ouncie got his name because he was born small,” Gleason said. “He grew up to compete with a huge heart.”
Click to expand...

Meanwhile, authorities called the incident isolated and said it was related to a domestic disputed between Bagley and Allen, and there was “no threat to the public at this time.”

Bagley is being held at the Salt Lake County Metro Jail without bond.

An investigation into the deadly shooting remains ongoing, according to detectives at the Salt Lake City Police Department.

This is the tenth homicide in Salt Lake City for 2022.