What is Ousmane Dembélé's Net Worth and Salary?​

Ousmane Dembélé is a French professional soccer player who has a net worth of $35 million. Ousmane plays for the La Liga club in Barcelona as well as the French national team. He earns a salary of $14 million per year.

Dembélé was born in Vernon, Eure in the Normandy region of France on May 15, 1997. His mother is Mauritanian-Senegalese while is faither is Malian. He first began playing soccer as a child and joined a team at the age of 11 in nearby Evreux. He played for ALM Evreux and then for Evreux FC 27. His talents were quickly noticed by coaches who encouraged him that he could play professionally if he focused.

Dembélé began his career for Rennes' reserve side in the Championnat de France Amateur in 2014 when he was 17. He scored his first career goal a few months later and in his first season, he totaled 13 goals in 18 games. In November of 2015, he made his professional debut for Rennes' first time in Ligue 1 in a match against Angers, replacing a teammate for the last five minutes of a game. A few weeks later, he scored his first goal in Ligue 1 against Bordeaux. The sporing director for Rennes made remarks comparing Dembélé to a young Cristiano Ronaldo who had also begun his career at around the same age as Dembélé.

In May of 2016, Dembélé signed a five-year contract with the German club, Borussia Dortmund which began in July. He made his debut on the team in August in which the club won over another German team. In September, he scored his first goal for the team against VfL Wolfsburg and in November he scored his first Champions League goal against Legia Warsaw.

In April of 2017, Dembélé assisted in a critical goal that advanced Dortmund to the cup finals. In the finals match in May of 207, Dembélé scored the first goal in the match and the club would go on to clinch their first major title in five years by winning the 2017 DFB-Pokal Final against Eintracht Frankfurt. Dembélé was named "Man of the Match" to acknowledge his excellent game play. After the end of the season, Dembélé was named to the Bundesliga "Team of the Season" and awarded the league's "Rookie of the Season" award.

In August of 2017, it was announced that Barcelona had reached an agreement to sign Dembélé for 105 million Euro contract plus a reported 40 million Euro add-on that would last for five years. The deal also included buying him out from his current contract with Dortmund. After all fees were paid, Dembélé became the joint-second most expensive player, sharing the title with Paul Pogba. 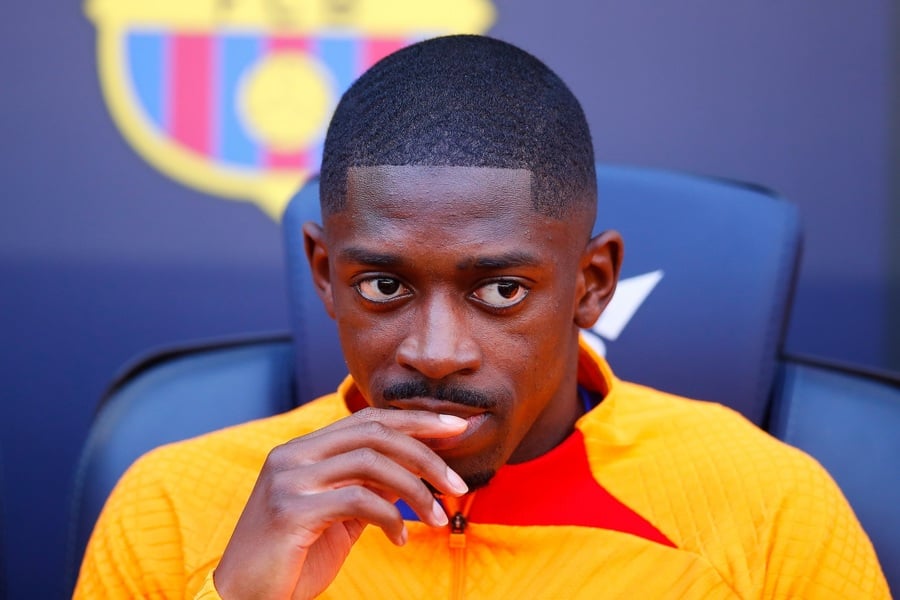 
Dembélé made his debut with Barcelona in September of 2017 at the 68 minute mark in a winning match over Espanyol. He then had his first league start a week later during which he injured his hamstring and was out of the game for four months. When he returned in January, he subsequently injured himself again and was out for another four weeks. In March of 2018, he finally scored his first goal for Barcelona against Chelsea. He went on to have a stellar first season and won both the Copa del Rey and La Liga winners' medals.

In August of 2018, Dembélé scored the winning goal against Sevilla in the Spanish Super Cup which led to Barcelona winning their 13th Supercopa de Espana title. In December of that year, he scored a particularly remarkable goal against Tottenham Hotspur which earned him the UEFA Champions League Goal of the Week.

Dembélé had an unlucky 2019-2020 season as he first injured his left hamstring resulting in five weeks off the field. However, he then seriously tore his hamstring and required surgery, leaving him to recovery for six months. He missed the rest of the season. Finally returning in October of 2020, Dembélé scored his first Champions League goal of that season in a victory over Juventus.

Dembélé supports the Leeds United team in the Premier League.

In July of 2021, Dembélé was involved in a racism controversy alone with teammate Antoine Griezmann. A video circulated of the two of them in a hotel room where they had called a technician to fix their television set. The technicians were Asian and Dembélé can be heard making several disparaging remarks about them, including commenting on the language they were speaking and what country they came from. Dembélé apologized for the video but clarified that he had no racist intent but rather was only being disrespectful.

In December of 2021, Dembélé married a Rima Edbouche in a traditional Moroccan wedding. Edbouche grew up in France but has Moroccan roots. She has a large following on TikTok.