What Is Mark McKinney's Net Worth?​

Mark McKinney is a Canadian comedian, actor, writer, producer, and director who has a net worth of $5 million. He first rose to fame as a member of the comedy group The Kids in the Hall, which included Dave Foley, Kevin McDonald, Scott Thompson, and Bruce McCulloch. The group starred on and wrote an eponymous TV series from 1989 to 1995, and in 2022, Amazon Prime Video revived "The Kids in the Hall" with an eight-episode season. Mark was also a "Saturday Night Live" cast member from 1995 to 1997, and he played Richard Smith-Jones on the Canadian series "Slings & Arrows" (2003–2006) and Glenn Sturgis on NBC's "Superstore" (2015–2021).

Mark McKinney was born Mark Douglas Brown McKinney on June 26, 1959, in Ottawa, Ontario, Canada. He is the son of architectural writer Chloe McKinney and diplomat Russell McKinney, and he has two siblings, Nick and Jane. Due to Russell's career, the family moved around during Mark's youth, and he lived in places such as Paris, Trinidad, Mexico, and Washington, D.C. McKinney attended the Ontario boarding school Trinity College School, and he briefly majored in political science at Memorial University of Newfoundland.

Mark met Bruce McCulloch while performing with the Loose Moose Theatre Company in Calgary, and they formed the comedy team The Audience. After they moved to Toronto, they formed The Kids in the Hall with Dave Foley, Kevin McDonald, and Scott Thompson in 1985. The TV series "The Kids in the Hall" premiered on CBC Television and HBO in 1989, and it aired 101 episodes over five seasons during its original run. The series was co-produced by "Saturday Night Live" creator Lorne Michaels, who later hired McKinney for that show as well. Mark was an "SNL" cast member from 1995 to 1997, and he impersonated celebrities and political figures such as Al Gore, Jim Carrey, Paul Shaffer, Steve Forbes, and Tim Robbins. He also appeared in the "SNL" spin-off films "A Night at the Roxbury" (1998), "Superstar" (1999), and "The Ladies Man" (2000). In the '90s, McKinney co-wrote and starred in the film "Kids in the Hall: Brain Candy" (1996) and appeared in "Hayseed" (1997), "Spice World" (1997), "The Last Days of Disco" (1998), "Dog Park" (1998), "The Out-of-Towners" (1999), "New Waterford Girl" (1999), and "Jacob Two Two Meets the Hooded Fang" (1999). 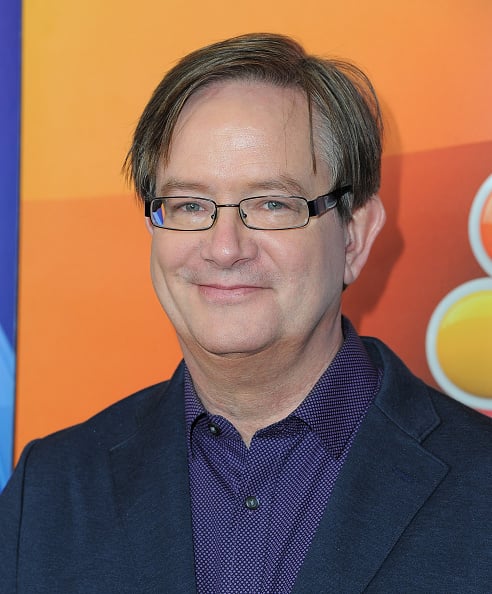 Mark married Marina Gharabegian in September 1995, and they welcomed son Christopher in March 1996 and daughter Emma in July 2001. McKinney and Gharabegian divorced in 2017 after more than two decades of marriage.

Mark won Canadian Screen Awards for Best Comedy Program or Series and Best Writing in a Comedy Program or Series for "Less Than Kind" in 2013, and he earned a Genie Award for Best Performance by an Actor in a Supporting Role for "Dog Park" in 2000. He has been nominated for eight Writers Guild of Canada Awards, winning Drama Series for "Slings and Arrows" in 2004, 2006, and 2007. In 2004, McKinney received a Vancouver Film Critics Circle Award nomination for Best Supporting Actor – Canadian Film for "Falling Angels," and in 2007, he earned a Writers Guild of America Award nomination for New Series for "Studio 60 on the Sunset Strip." In 2011, Mark received an ACTRA Award nomination for Outstanding Performance – Male for "Kids in the Hall: Death Comes to Town."