Kim Kardashian Sex Tape: How Much Did It Actually Earn?!?

Folks, the Kim Kardashian sex tape is back in the news.

Asked if she played any role 15 years ago in the release of Kim Kardashian Superstar — the X-rated footage that depicted her daughter taking it from Ray J on camera, which hit the market just weeks before the premiere of Keeping Up with the Kardashians — Jenner responded as follows: 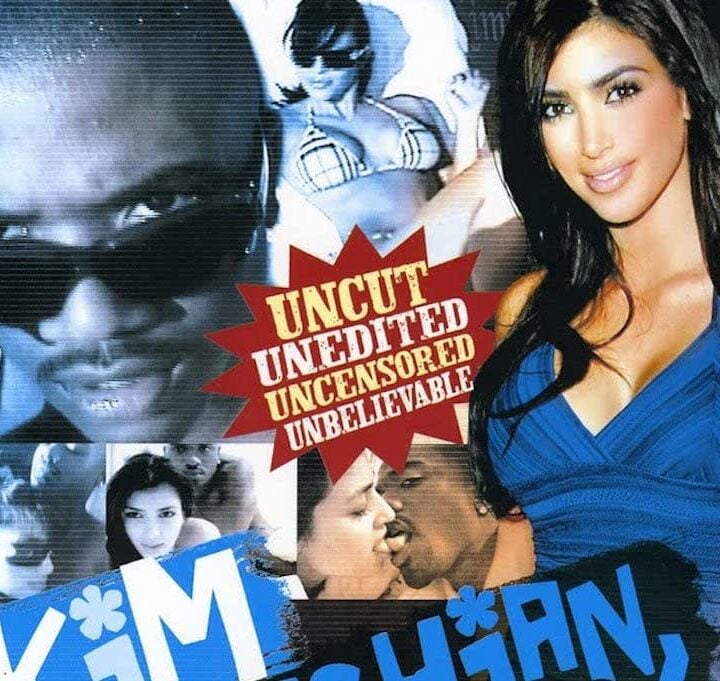 The polygraph claimed Kris was telling the truth, which prompted quite a follow up from Ray J the next day.

In a pair of videos that totaled over 40 minutes in length and which he uploaded to social media, the artist BLASTED Jenner and also Kim for continuing to play innocent when it came to the release of this popular video.

“You going to try to crush my career, make me look stupid, when you know you was the mastermind,” he said on Saturday, calling out Jenner as the mastermind of the entire tape:

“Kris, you know you ran the play.” 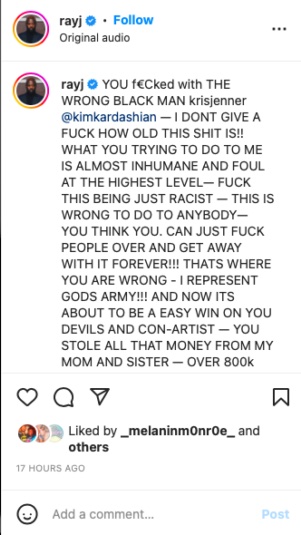 Ray J even included portions of a contract he alleges Kim signed in regard to the release of the video, and said they filmed three different versions back in 2007.

“The third sex tape, or the second they been trying to play me on, that shit called ‘Santa Barbara sex,’ her momma made us go shoot it for safety,” Ray J said.

“She watched the motherf-cker and said hey, ‘We’re gonna go with the first one ’cause the first one is better. It gives my daughter a better look than the second one that I made y’all do.'” 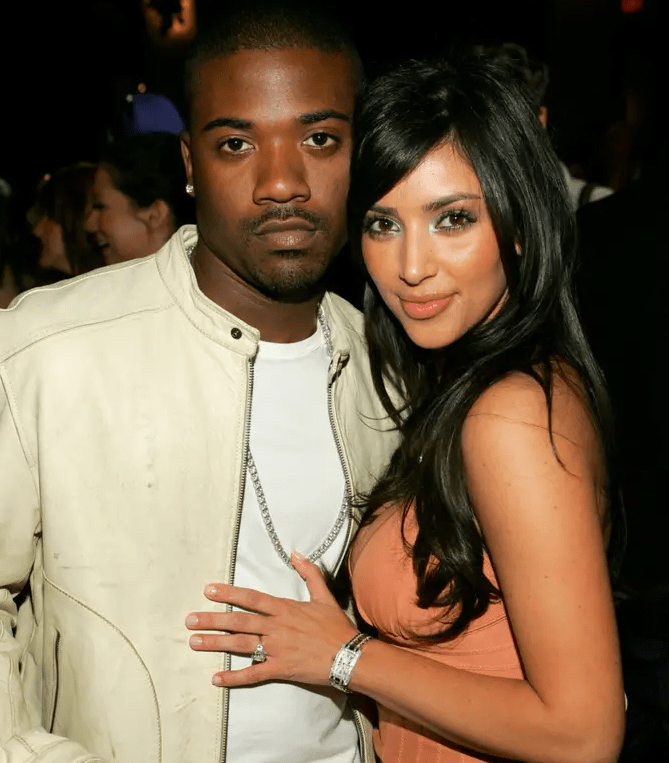 Ray J went on to say he was paid $400,000 for the sex tape, which Kardashian has consistently claimed was released without her consent.

We’re pretty sure no one with a single working brain cell believes this.

Either way, however, TMZ now claims to have proof that Kim at least profited handsomely from the video, even if she somehow was not responsible for it being made available for purchase. The aforementioned celebrity gossip website says it has obtained an email from Vivid Entertainment CEO Steve Hirsch dated May 1, 2007.

For the record: Kim Kardashian Superstar was released on March 14, 2007.

Kim filed a lawsuit about a month prior against Vivid, claiming she didn’t authorize the release of the tape… but that lawsuit was dismissed, and likely settled, on April 27, 2007.

Just four days later, Kim got the email from Vivid in regard to these sales numbers. 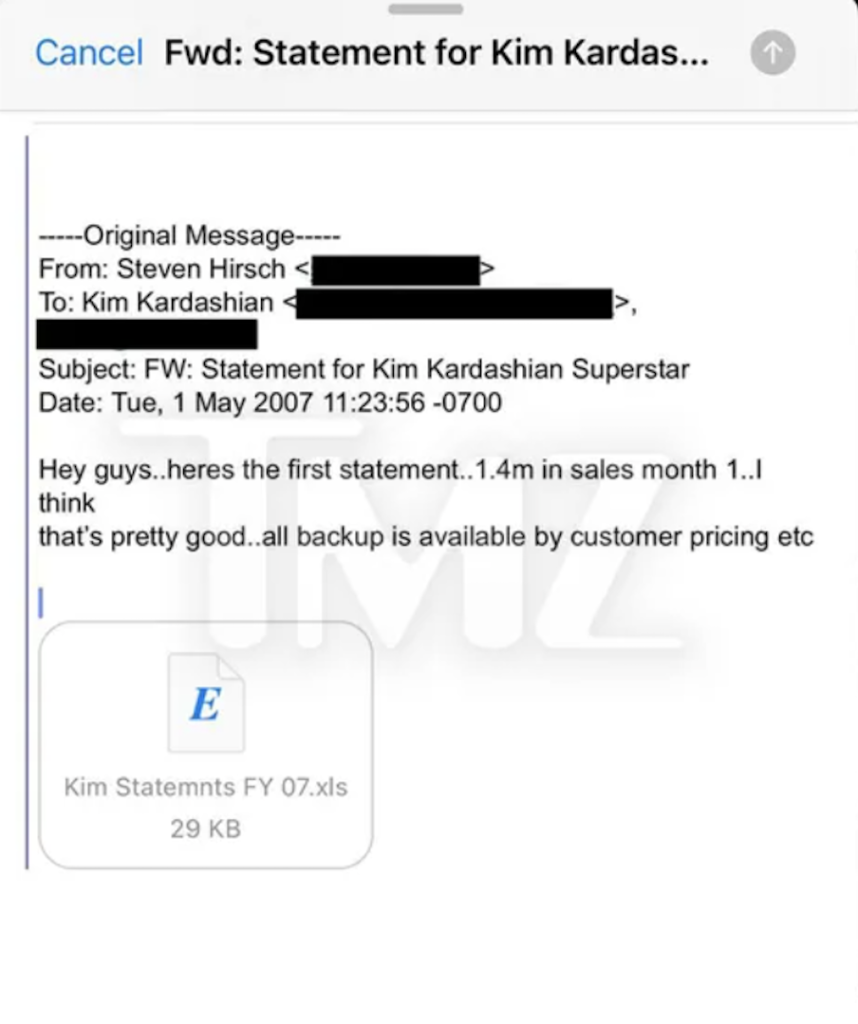 As part of his diatribe over the weekend, Ray J says the deal was that each would receive $400,000 plus 12.5% of the profits from the video.

Those figures are reflected in Hirsch’s email to Kim and Ray J, as posted by TMZ.

“IM GOING ON THE BIGGEST RANT OF MY LIFE TONIGHT TO CLEAR MY NAME OF THIS NEGATIVITY AND SHOW YOU HOW THESE PEOPLE ARE F***ING DEVILS,” screamed Ray J on Saturday night.

He then threatened a lawsuit and added:

“THEN WE CAN BE DONE WITH THIS- IM FIRED UP TONIGHT!! THIS is FOR MY KIDS!!”

Kim Kardashian Sex Tape: How Much Did It Actually Earn?!? was originally published on The Hollywood Gossip .