What Is Jonny Moseley's Net Worth?​

Jonny Moseley is an Olympic skier and TV host who has a net worth of $5 million. Jonny Moseley earned fame and fortune as a gold medal-winning skier with the United States team and through endorsements and television appearances. Jonny was the first Puerto Rican-born athlete to become a member of the U.S. Ski Team. Moseley won a gold medal in freestyle skiing at the men's moguls event at the 1998 Winter Olympics, and he won a bronze medal in the combined event at the 1995 FIS Freestyle World Ski Championships.

Jonny hosted MTV's "Real World/Road Rules Challenge" (which is now called "The Challenge") from 2003 to 2005 and the G4/NBC show "American Ninja Warrior" from 2012 to 2013. In 2001, the videogame "Jonny Moseley Mad Trix" was released, and Jonny hosted "Saturday Night Live" in March 2002 with musical guest Outkast. Moseley competed on ABC's "Skating with the Stars" in 2010, finishing in third place, and he previously hosted the weekly radio show "The Moseley Method" on Sirius/XM.

Jonny Moseley was born Jonathan William Moseley on August 27, 1975, in San Juan, Puerto Rico. He first saw snow in 1978 when his family visited California. Jonny has two older brothers, and after his family relocated to Tiburon, California, he attended The Branson School in the town of Ross.

The Moseley family went to the Sierra Nevada mountains every weekend, and Jonny began taking skiing lessons when he was 9 years old. He joined the Squaw Valley Freestyle Ski Team in 1992, and it wasn't long before he won the Junior National title in Freestyle Skiing. In 1993, Moseley graduated from high school and was chosen for the U.S. Ski Team. He then enrolled at UC Davis, but his intense training interrupted his education. Despite dropping out, Jonny was invited to give the commencement convocation address at the school in 2002. He later went back to college, and in 2007, he earned a Bachelor of Arts degree in American Studies with a focus on Consumer and Popular Culture.

Moseley tried out for the 1994 Winter Olympics, but he did not qualify. In 1998, he won two World Cup events, which led to him competing in the 1998 Winter Olympics in Nagano, Japan. There, Jonny won the gold after incorporating a snowboard-style grab into a spin, and according to his official website, his performance "helped ignite a re-birth of the ski industry known as Freeskiing." Later that year, he won the Mogul title and Overall title at the World Cup. After Moseley asked the U.S. Ski Team to allow athletes to compete in professional events, he became the first skier to win a medal at both the Olympics and the X Games. When he competed in the 1999 X Games, Jonny won a silver medal in the Big Air event. He won the 2000 U.S. Freeskiing Open, and in 2002, he finished in fourth place at the Winter Olympics in Salt Lake City, Utah. Moseley invented a skiing move known as "The Dinner Roll," and he has described it as "a 720 degree off axis rotation, wherein you ski off the jump, do two full rotations, one on the horizontal plane and the other on the vertical plane." 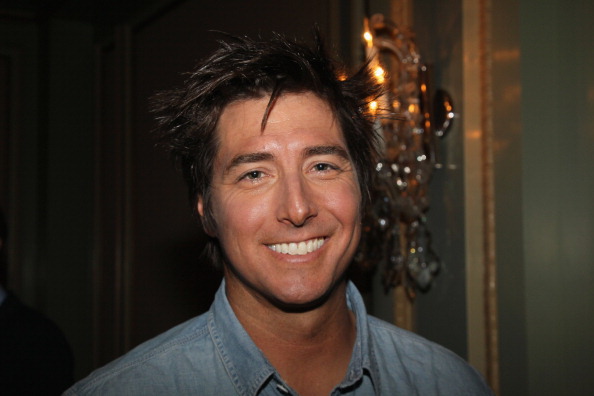 Jonny has appeared in commercials for Sprint and McDonald's, and he hosted the MTV reality series "Real World/Road Rules Challenge" from 2003 to 2005. He also hosted "The Challenge: After Show" from 2012 to 2014 and hosted three "The Challenge" reunions during that period. Moseley was a celebrity judge on ABC's "Master of Champions" in 2006, and he narrated the 2007 Warren Miller documentary "Playground." He also appeared in the documentary as well as many other Warren Miller ski films, and he has narrated several of Miller's other films. In 2010, NBC hired Jonny as a color analyst for the Winter Olympics in Vancouver, Canada, and he competed on ABC's "Skating with the Stars" with Brooke Castile, a retired Pairs skater. In 2011, he began hosting Ford Motor Company's viral marketing campaign "Focus Rally America," and he hosted the reality web series "The Controller: Battlefield 3."

Jonny married business manager Malia Rich on March 25, 2006, and they have two sons, Jack and Tommy. Jonny and Malia have known each other since high school, and they began dating in 2001.

Moseley has received several honors, including the key to the city of San Francisco on what Mayor Willie Brown named "Jonny Moseley Day." In 1998, the U.S. Olympic Committee named Jonny Sportsman of the Year, and he has graced the covers of magazines such as "Rolling Stone" and "Freeskier." Moseley was inducted into the Ski Hall of Fame in 2007.