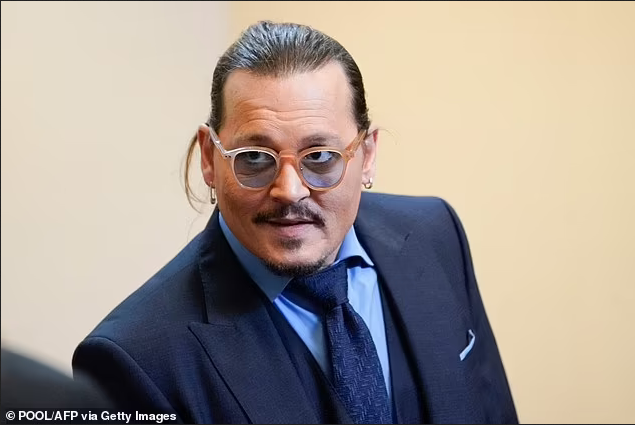 'Pirates of the Caribbean' star, Johnny Depp has reportedly reached a settlement in a lawsuit filed against him by a crew member on the film City of Lies, who accused the actor of attacking him during production of the movie.

The actor, 59, has come to a legal accord with Greg 'Rocky' Brooks on a settlement Monday, according to The Hollywood Reporter, which reviewed court docs in the case.

Depp in the legal agreement agreed to comply with the settlement by the end of August, according to court docs, as the trial in the case would have begun later in July.

'The settlement agreement conditions dismissal of this matter on the satisfactory completion of specified terms that are not to be performed within 45 days of the date of the settlement,' according to court docs in the case. 'A request for dismissal will be filed no later than 1/5/2023.'

Details of the settlement were not disclosed in court docs.

Brooks initially filed suit against the actor in 2018, claiming that Depp in April of 2017 had punched him twice in the midsection, yelled at him and challenged him to hit him back offering $100,000. Brooks claimed that Depp smelled of alcohol in the exchange, and had consumed drugs on the set of the movie. Depp had denied the allegations.

Brooks said he was let go from the film when he would not agree to not sue Depp over the encounter.

Emma Danoff, who worked as the script supervisor for City of Lies, told the court in a declaration that Brooks' account of the exchange was not accurate. Danoff said that she saw Brooks use racial epithets at a Black homeless woman during shooting, and Depp had reacted to it.

'He immediately stood up from our shared seat on the edge of a planter bench and went over to Brooks to stand up for the woman,' Danoff said in the court declaration. 'Mr. Depp said to Mr. Brooks, "You can't talk to her like that. You think she is something less than you? Who do you think you are? How dare you?"'

Danoff said she had photographic proof that Depp did not punch Brooks.

The film, which was released last year, cast Depp as an LAPD detective investigating the death of The Notorious B.I.G.

Depp was represented by Camille Vasquez, who also represented him amid his high-profile defamation case against Amber Heard.