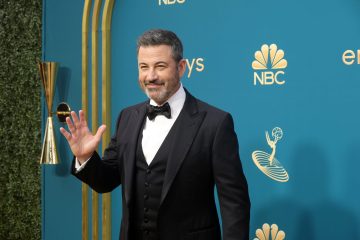 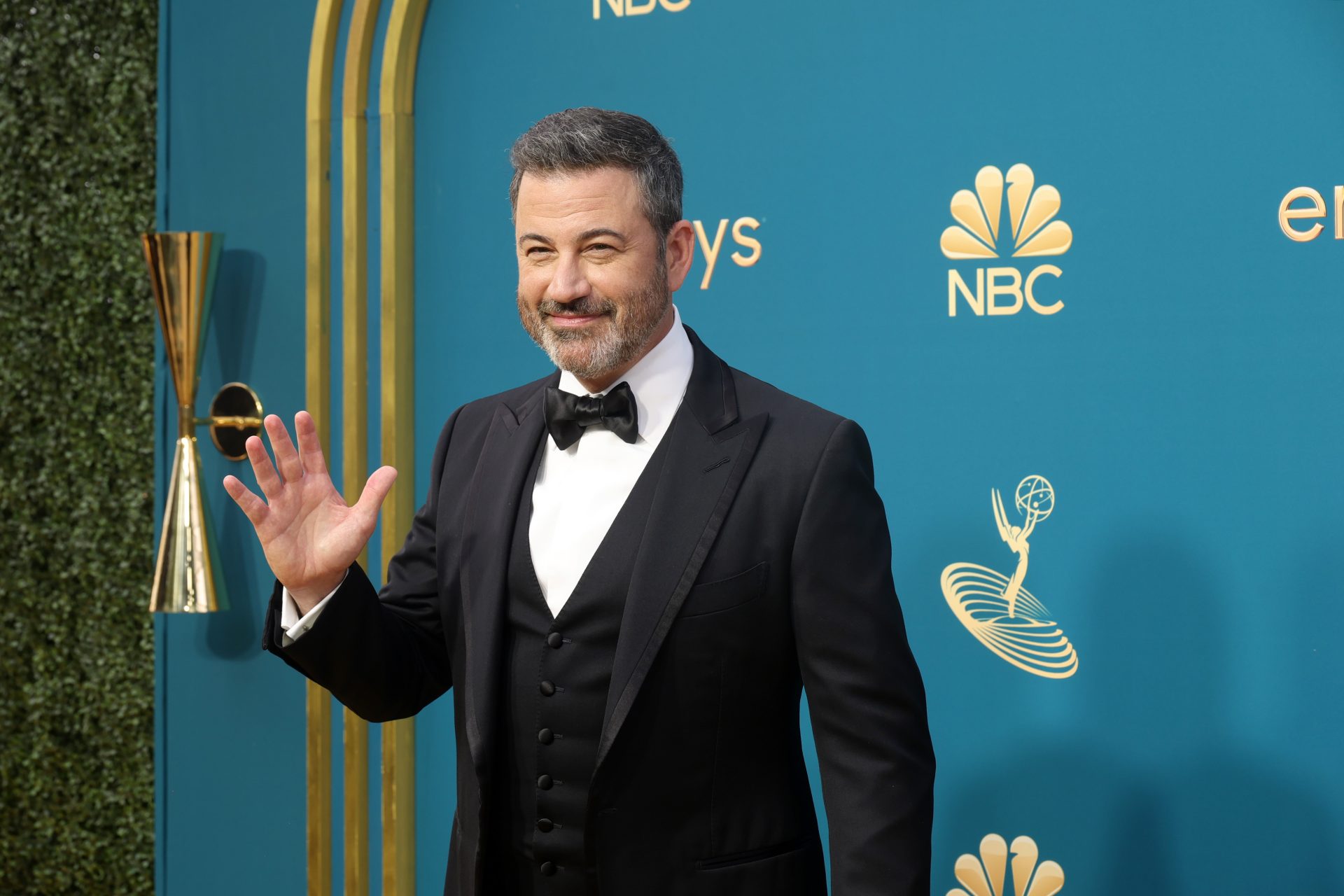 Quinta Brunson walked away from the Primetime Emmy Awards on Monday (September 12) as a winner. But unfortunately, every photo and video of Quinta’s shining moment features Jimmy Kimmel lying on the stage floor “playing dead.” After he laid there throughout her entire acceptance speech, Quinta responded to Jimmy’s actions saying, in part, that the bit “didn’t bother [her] that much.”

Still, social media users dragged Jimmy for filth for taking from Quinta’s spotlight. In a red carpet interview with Entertainment Tonight at an Emmys afterparty, Jimmy, once again, partially made the moment about him when questioned about the skit.

“Honestly, I made nothing of it because I had my eyes closed,” Jimmy said. “I had no idea where I was. It was one of the weirdest things that has ever happened to me.”
Click to expand...

Jimmy Kimmel Intrudes On A Historic Moment For Black Women​

“She is so unbelievably talented and I saw her pilot before it came out on ABC,” Jimmy told Matt Cohen. “I wrote to her, I was like I don’t how we got this but congratulations you made a pilot that any network would be ecstatic to get.”
Click to expand...

He ended his commentary by saying Quinta is “a lovely person.”

However, his praises don’t change the fact that he intruded on a historic moment for Black entertainers and creators in the industry, particularly Black women and girls.

Even before she touched the mic at the award show, Quinta made history.

Additionally, NPR reports that Quinta is the “youngest Black woman ever nominated as an actress in comedy.”

Ultimately, Quinta won for outstanding writing. And her win also made history. The series creator and lead actress is only the second Black woman to win for best writing in comedy.

Still, the visuals from her speech will forever show Jimmy pretending to be passed out after fake drinking too much.

Somehow, Quinta delivered her acceptance speech unphased, except for a small “Jimmy wake up, I won” at the start. Though he claims he “had no idea where [he] was,” the video shows him giving Quinta a thumbs up after she told him to wake up.

While speaking to the media backstage, Quinta kept the moment light. She excused Jimmy’s actions by highlighting their friendship and doing as comedians do–cracking a joke!

“The bit didn’t bother me that much, I don’t know what the Internet thinks, but I know him. Honestly, Jimmy gave me my first big late-night spot and was one of the first people to see Abbott,” Quinta said.
Click to expand...

She also told the story of Jimmy messaging her about the pilot. Quinta says he called the series “one of the greatest comedies of all time.”

“…So I think in that moment I was just really happy that it was Jimmy up there,” Quinta continued. “I kind of consider him one of the comedy godfathers…so I was wrapped up in the moment.”
Click to expand...

Quinta is set to appear on Jimmy Kimmel Live! Wednesday (September 14). So, she ended her response to the question by suggesting she “might punch him in the face” during her appearance.

But unlike Quinta, her supporters offered Jimmy no grace. They went IN on his white male privilege, comedy skills, and more. Keep scrolling to peep some of the swift backlash!

I don’t know of a better example of invasive white male privilege than Jimmy Kimmel laying in the middle of Quinta Brunson’s #Emmys2022 speech. He had no business/right to take up space in the way that he did.

jimmy kimmel you’re so weird, you should’ve just got off the stage… quinta is winning her first emmy and you’re making her moment about you and a tired ass bit nobody watching at home found funny pic.twitter.com/NmctHSsy7n

I honestly didn’t pay attention to him because I was so focused on her.

But seeing it frozen in time, Jimmy Kimmel owes Quinta a very public apology. Especially now that I know he did this after he lost.

It’s not a moment she can get back. https://t.co/omSyrxqPXE

Nothing will happen to Jimmy Kimmel for stealing Quinta Brunson’s moment as the first Black woman to win a solo Emmy for writing on a show she created.

Anyone who calls this a pattern of Kimmel’s racism will get dragged despite him doing Blackface twice and using the n-word. pic.twitter.com/Olq7qeviwu

I could be wrong but I suspect Quinta Brunson showed grace to Jimmy Kimmel (that he didn’t deserve) because Black women are held hostage by the media & viewers with the threat of appearing “angry” or “humourless”. She deserved so much better #Emmys2022 https://t.co/ZZQwIPPERs

Jimmy Kimmel deciding to be the main character and literally making Quinta step over him to get her Emmy & then *staying* in her space during her speech (for a bit that wasn’t even funny) is a worse look than what Will Smith did, but won’t get discussed as so.

The post Jimmy Kimmel Says He “Made Nothing” Of Playing Dead During Quinta Brunson’s Emmy Speech appeared first on The Shade Room.