What is Jenny Jones's Net Worth?​

Jenny Jones is a Canadian-American philanthropist and former television talk show host and stand-up comedian who has a net worth of $40 million. Jenny Jones is best known for hosting "The Jenny Jones Show" from 1991 to 2003. Before that, she was a winning contestant on a number of competition and game shows, including "The Price is Right," "Match Game," "Press Your Luck," and "Star Search." On the philanthropic side of things, Jones is a prominent women's health advocate, and created her own foundation to assist those in need.

Jenny Jones was born as Janina Stronski on June 7, 1946 in Bethlehem in what was then Mandatory Palestine. Her parents, both Polish immigrants, were seamstress and dressmaker Zosia and army officer John. Not long after her birth, Jones moved with her family to Italy. They then moved to Canada, settling in London, Ontario. There, Jones was brought up in a strict Catholic household.

Jones began her career as a drummer in a rock band. She also appeared as a contestant on a number of game shows, often winning substantial prizes. On "The Price is Right" in 1979, she won nearly $13,000 in cash and prizes, including a sports car. Later, in 1981, Jones took home $5,500 on "Match Game," and in 1985 racked up $18,706 over three days on "Press Your Luck." During this time, Jones also performed as a stand-up comedian. In 1986, she took her comedy routine to the stage of the television talent show "Star Search," which she won.

Jones rose to national fame in 1991 when she began hosting her own syndicated television daytime tabloid talk show, "The Jenny Jones Show." It was taped at WMAQ-TV studios in Chicago, Illinois. In the beginning, the series employed a talk show format and serious tone similar to that of "The Oprah Winfrey Show." However, due to low ratings, the series started to focus on more unusual and provocative subjects, including obstreperous teenagers, warring neighbors, celebrity impersonators, and strippers. Additionally, "The Jenny Jones Show" featured live performances by a variety of musical artists, including early appearances by future hip hop superstars Usher, Nelly, and Ludacris. Ultimately, the series ran for 12 seasons until its cancellation in 2003. 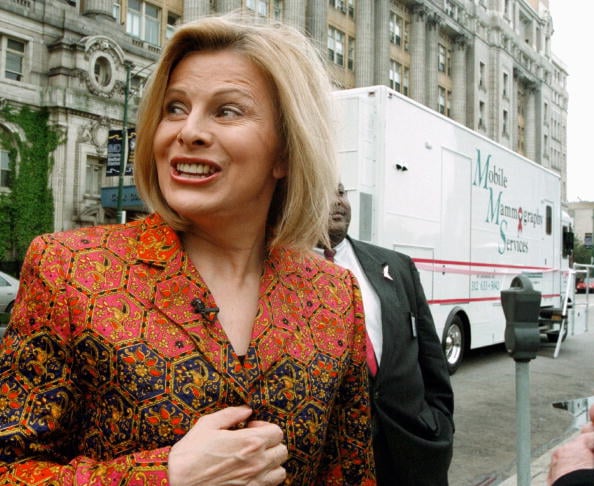 In 1995, "The Jenny Jones Show" attracted intense controversy and backlash when one of its guests, a gay man named Scott Amedure, was murdered due to his appearance on the show. Amedure had appeared in an episode focused on same-sex secret crushes, and had confessed to having a crush on his acquaintance Jonathan Schmitz. Three days after the taping of the episode, Schmitz killed Amedure. Later, Schmitz was convicted of second-degree murder and was sentenced to 25 to 50 years behind bars. He was ultimately granted parole and released from prison in August of 2017.

In response to the tragedy, the family of Amedure sued the producers of "The Jenny Jones Show" for their negligent actions resulting in Scott's murder. The family also asserted that the producers should have known that Schmitz had a history of mental illness. Although the family won the initial ruling and an award of $29 million, the verdict was later overturned in the Michigan Court of Appeals.

Jones has been involved in many philanthropic endeavors throughout her career, mostly related to women's health. Previously, she served as an honorary chairperson of the Susan G. Komen Race for the Cure, an annual Chicago event raising awareness and funds for breast cancer research. In 1997, Jones donated all of the proceeds from sales of her autobiography to the same research. Jones has also been an outspoken advocate against silicone breast implants due to a botched operation she had that left her with a lopsided bosom. She established the Image Foundation to inform other women about implants and promote body positivity.

In 2005, Jones created the Jenny Jones Foundation to provide assistance to people in need, particularly in relation to health and education concerns. Connected to the Foundation is the Jenny's Heroes program, through which Jones gives her own personal money to community leaders in various cities.

Jones has been married and divorced multiple times. Her first husband was Jack Howard Poster, whom she wed in 1969; their marriage was annulled the following year. Jones subsequently married musician Al Gambino, whom she divorced in 1972. The year after that, she wed Buz Wilburn; they eventually divorced in 1980. Jones later began a longterm relationship with Denis McCallion.