What is Gore Verbinski's Net Worth?​

Gore Verbinski is an American film director, screenwriter, producer and musician who has a net worth of $130 million. Gore Verbinski is best known for directing the horror film "The Ring" and the first three films in the "Pirates of the Caribbean" franchise. He also directed the 2011 animated film "Rango," which won the Academy Award for Best Animated Feature. Verbinski's other directorial credits have included "Mouse Hunt," "The Mexican," "The Weather Man," "The Lone Ranger," and "A Cure for Wellness."

Gore Verbinski started his career directing music videos for bands like Bad Religion, NOFX, 24-7 Spyz and Monster Magnet. Verbinski moved from music videos to commercials, where he worked for many brand names including Nike, Coca-Cola, Canon, and United Airlines. One of his most famous commercials the frogs who croak out the word Budweiser. Verbinski made his feature film directing debut with 1997's "Mouse Hunt."

Gore Verbinski was born as Gregor Justin Verbinski on March 16, 1964 in Oak Ridge, Tennessee as the fourth of five children of Victor and Laurette. He is of Polish descent on his father's side. For his higher education, Verbinski attended the UCLA School of Theater, Film and Television.

After writing and directing the 1996 short film "The Ritual," Verbinski made his feature-film directorial debut in 1997 with the black comedy "Mouse Hunt." Starring Nathan Lane and Lee Evans as bumbling brothers who wage a war against a stubborn mouse occupying the mansion they've inherited, the film was a significant commercial success, grossing $125.4 million globally. Verbinski's next directorial effort was the 2001 crime film "The Mexican," starring Julia Roberts and Brad Pitt, which was only moderately successful. Following this, he had his biggest box-office hit yet with the 2002 supernatural horror film "The Ring." An English-language remake of the Japanese horror film "Ring," it stars Naomi Watts as a woman who comes across a haunted videotape that kills its viewers seven days after watching it. "The Ring" was a box-office smash, grossing $249 million worldwide.

Pirates of the Caribbean​ 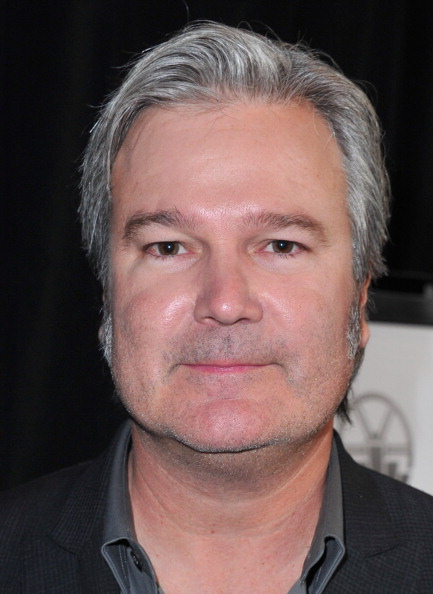 Between the first and second "Pirates of the Caribbean" films, Verbinski directed the 2005 dramedy "The Weather Man," starring Nicolas Cage as a Chicago television weatherman struggling with a midlife crisis. The film earned mixed critical reviews and performed poorly at the box office.

Following his work on the "Pirates" franchise, Verbinski turned to animation to direct the 2011 animated Western "Rango." The film reunited the director with Johnny Depp, who voices the titular chameleon. Other voice-actors include Isla Fisher, Abigail Breslin, Ned Beatty, Alfred Molina, Harry Dean Stanton, Bill Nighy, and Ray Winstone. Well-received both critically and commercially, "Rango" took home the Academy Award for Best Animated Feature. Less successful was Verbinski's next feature, "The Lone Ranger," which came out in 2013 after years of being stuck in development limbo. Starring Armie Hammer as the titular masked vigilante and Johnny Depp as his sidekick Tonto, the film was a major box-office bomb. Verbinski subsequently directed the psychological horror film "A Cure for Wellness," starring Dane DeHaan, Mia Goth, and Jason Isaacs. Released in 2016 to middling reviews, the film flopped at the box office.

Earlier in his career, Verbinski performed with a number of Los Angeles rock bands, playing guitar for such acts as the Daredevils, the Drivers, the Cylon Boys Choir, and Bulldozer. Additionally, he was in the Little Kings, which notably backed punk rocker Stiv Bators on his cover of "Have Love, Will Travel."

With his wife Clayton, Verbinski has two children.