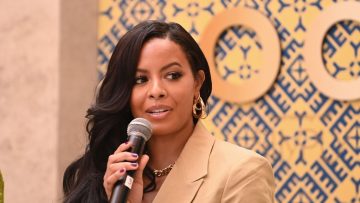 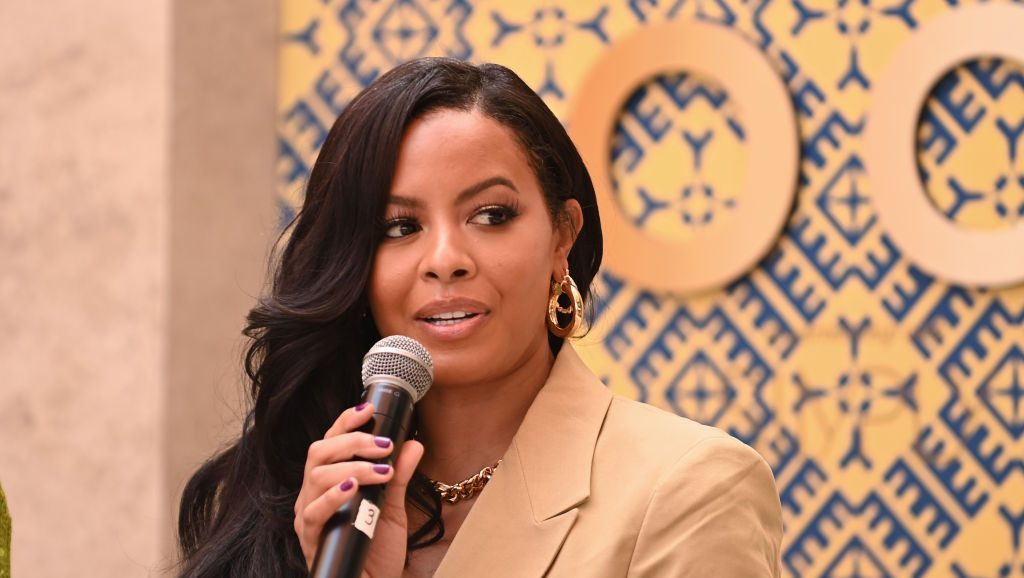 Vanessa Simmons is hip-hop, and reality television, royalty. Most fans can recall her teenage years as a cast member on the 2005 MTV show Run’s House. A reality television show centered around her family, and rap legend father Reverend Run. And today Simmons continues to enjoy her time on screen as a cast member of WE tv’s Growing Up Hip Hop. She has also displayed her acting chops in BET’s Games People Play, TV One’s Christmas With My Ex, and a plethora of other films and television shows.

At 39 years old, Simmons has also kept a steady hand in entrepreneurship. At the age of 24, she and her sister Angela rocked the footwear industry with their dessert-inspired line Pastry. And since then, Simmons has indulged in clothing lines, skincare lines, and more. In a 2021 interview with Her Agenda, Simmons said she just wants to “empower and inspire women to live their best lives possible.” And her latest move may just be the catalyst to do so.

Jadriena Solomon: The beginning of a new year is an exciting time, but it can also be challenging as we begin to think about what lies ahead. First and foremost, how are you doing? How are you feeling during this season of preparation?


Vanessa Simmons: I’m doing good. I’m really excited about the new year. I think 2022 had a lot of lessons for me to grasp and apply to my life. And I’m proud of myself. I was able to come through it victoriously. So I’m looking forward to the new year. And prepping for everything that is to come.


Jadriena Solomon: One of the highlights of your 2022 was getting Sono Bello’s TriSculpt Micro-Laser Liposuction. Before we get into what that procedure is, can you tell us more about what led you to make that decision?


Vanessa Simmons: I had my daughter eight years ago. And my body changed a ton — probably more than I was prepared for, honestly. Everyone seems to have the same online experience with the “snap-back” body. And mine was just not coming, even after eight or nine years. I tried a bunch of non-invasive things — I work out. I’m very consistent, sometimes, with my dieting. But I wanted to do something different. And I wanted to stop playing small for myself and do something for myself without the fear of what other people would think.

Jadriena Solomon: I love that. In your best words, what exactly is Sono Bello’s TriSculpt Micro-Laser Liposuction?


Vanessa Simmons: It’s the least invasive form of liposuction that you can get. It’s extremely small incisions — I have about three. And I got the liposuction done on my stomach and waist area. It’s an awake procedure, which can sound scary for people — as it did sound to me. I was crying before I went into the procedure, but when I came out I was actually really excited. And I didn’t feel a thing while it was happening — nothing at all. I was laughing and joking with my doctor the entire time.

My family took me back home. I rested for the evening and I was able to be up and moving literally the next day — obviously very carefully. But I was able to get up and move around within that first week.


Jadriena Solomon: How long would you say the actual procedure was?


Vanessa Simmons: About an hour and a half. My man is the one who dropped me off and he was surprised that I was done as fast as I was. So they don’t keep you in there very long. The doctors pay attention to detail. And they make sure you know exactly what to expect before going into the operating room. So it made me feel very comfortable and at ease because even though I was excited to do this and give myself a jumpstart with my fitness goals, I was still really extremely nervous. But it ended up being a really good experience. And it has made me so excited going into this new year.


Jadriena Solomon: From your experience, what type of candidates would you say would benefit the most from a procedure like this?


Vanessa Simmons: I think anyone could benefit if they’re looking to indulge in this ultimate self-care moment. Sono Bello offers many consultations. And it’s always best to go in and speak with a professional to find out if you’re a good candidate for it. And the TriSculpt doesn’t just work on the stomach, it can be used on other areas of the body as well.

Jadriena Solomon: We mentioned earlier other people’s opinions and views of cosmetic surgery of any kind, what advice would you give to someone who is struggling between going the natural route to achieve their dream body or going a cosmetic route? Someone who is concerned about all of the different things they see on social media and the opinions of their friends and family, etc.


Vanessa Simmons: It’s not easy. Especially for me — I was always so nervous that people would be like, ‘Oh my God, Vanessa, you got a procedure like this?’ But I would say that you can’t worry about other people’s opinions. I know it sounds so cliché. And it’s something that I’ve definitely struggled with just growing up being on TV. Especially during the emergence of social media where you really get to see people’s opinions live, in color, and in your face. It can be hard. But I would say, we just have to not worry about what other people are thinking. Do what’s going to make you happy.

I held back on getting a procedure like this for so long. I was like, ‘I’m just gonna take the natural route,’ which there’s nothing wrong with that. That’s amazing if you can get there. But I was working out without the results I was seeking. And you have to just do what makes you happy. You can’t worry about other people’s opinions because other people are living their lives. They’re doing what they need to do to stay happy. And it’s only right that we focus on the same thing for ourselves. If getting a procedure done is something that’s going to make you feel better or happier, I say go for it. It’s all about doing what makes you happy.

Jadriena Solomon: Right. For my last question, as we move into the new year prioritizing our physical wellness is important. But so is taking care of our mental wellness. You’re very vocal about the different ways that you prioritize your mental wellness. So what goals — physical, mental, and spiritual — do you have on your list for 2023?


Vanessa Simmons: I have a lot. Ultimately, I want to be the best mom. I want to be the best partner I can be and all that stuff. But I think that my biggest goal is to prioritize myself this year — and not over being a mom or anything like that. But just prioritize the things that I want. Sometimes I put things on the back burner that are for myself because I feel like I can always get to them later. I’m always taking care of everybody else. But I think that this year it’s very personal. I’m ready to stop playing small, prioritize myself, and put my happiness first.