What is Edie Brickell's net worth?​

Edie Brickell is an American singer/songwriter who has a net worth of $50 million. Edie Brickell rose to fame as the lead singer and guitarist of the alternative rock jam band Edie Brickell & New Bohemians. With the group, she released the hit album "Shooting Rubberbands at the Stars" in 1988. Brickell has also had a career as a solo artist, and has collaborated on a variety of musical projects with Steve Martin.

Edie Brickell was born on March 10, 1966 in Dallas, Texas to Paul and Larry Jean. She has an older sister named Laura. As a teenager, Brickell went to Booker T. Washington High School for the Performing and Visual Arts. For her higher education, she attended Southern Methodist University; however, she did not complete her degree.

As a solo artist, Brickell put out her debut album, "Picture Perfect Morning," in 1994. It reached number 68 on the Billboard 200 and launched the single "Good Times," a moderate commercial success. Nine years later, in 2003, Brickell released her second solo album, "Volcano." Even less successful than her first solo album, it peaked at number 188 on the Billboard 200. Brickell released her self-titled third solo album in early 2011.

Beyond her solo albums, Brickell contributed her vocals to the soundtracks for the films "Born on the Fourth of July" and "Flashback." For the former, she sang a cover of Bob Dylan's "A Hard Rain's a-Gonna Fall," and for the latter film she performed a cover of Lou Reed's "Walk on the Wild Side." 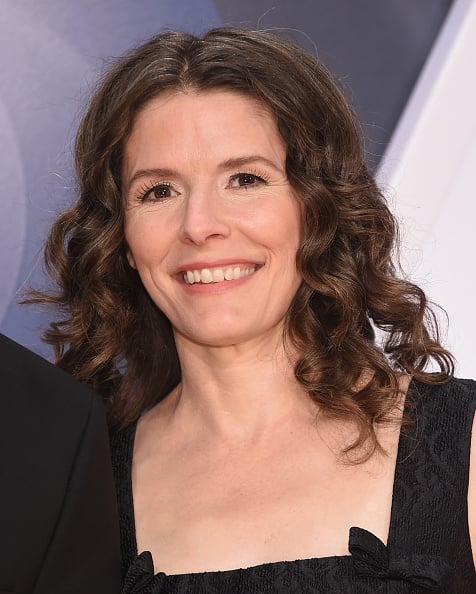 Edie Brickell co-founded a new band in 2010 called the Gaddabouts. She became the lead singer and guitarist, with fellow members Steve Gadd on drums, Pino Palladino on bass, and Andy Fairweather Low on acoustic and electric guitars. The Gaddabouts has also featured such artists as Ronnie Cuber, Marcus Rojas, and Dan Block. In 2011, the group released its self-titled debut album; a second album entitled "Look Out Now!" came out the following year.

Edie Brickell has had a fruitful professional partnership with actor, comedian, writer, and musician Steve Martin. In 2013, the pair released an album of original bluegrass music entitled "Love Has Come for You." Also featuring appearances by Esperanza Spalding, Sara Watkins, Waddy Wachtel, and Nicky Sanders, the album debuted at number 21 on the Billboard 200 and at number two on the Folk Albums chart. To support the album, Brickell and Martin toured throughout North America with the North Carolina bluegrass band the Steep Canyon Rangers. The pair released their second studio album, "So Familiar," in 2015.

Inspired by their album "Love Has Come for You," Brickell and Martin wrote and composed the stage musical "Bright Star," which made its Broadway debut in 2016. The show went on to earn five Tony Award nominations, including for Best Original Score, Best Book of a Musical, and Best Musical. Among their other collaborations, Brickell and Martin appeared together in the 2017 documentary film "The American Epic Sessions," which documents contemporary artists recording songs on the world's first electrical sound recording system, restored by an engineer. Brickell and Martin sang the traditional English folk song "The Coo Coo Bird" for the film.

Edie has been married to fellow musician Paul Simon since 1992.

They first met when she was performing on "Saturday Night Live" in late 1988 with New Bohemians. Singing the hit single "What I Am," Brickell instantly became besotted with Simon when she saw him standing in front of the cameraman. The couple has three children named Adrian, Lulu, and Gabriel.

Edie and Paul have had a somewhat tumultuous relationship at times. In 2014, they were both arrested and charged with misdemeanor domestic disturbance after engaging in what was described as a minor altercation. Brickell later admitted to picking a fight with Paul, though it was Brickell's mother who actually called 911. They later appeared in court together and made it clear that neither was pressing charges and that their relationship was still extremely strong.

In 2012, Paul and Edie spent around $16 million to acquire a 32-acre property in New Canaan, Connecticut. They listed the home for sale for $14 million in April 2019. The property features an 8,800 square-foot main house and sprawling grounds. They finally found a buyer in June 2022 for $10.8 million. Here is a video tour of the impressive property:


They continue to own a duplex in a celebrity-filled NYC building on the Upper West Side. Their neighbors include good friend Lorne Michaels and Robert De Niro.

They also own a 30-acre oceanfront estate in the Hamptons town of Montauk and a 10-acre ranch property in Allen, Texas.