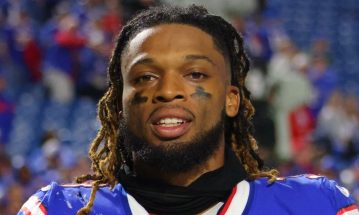 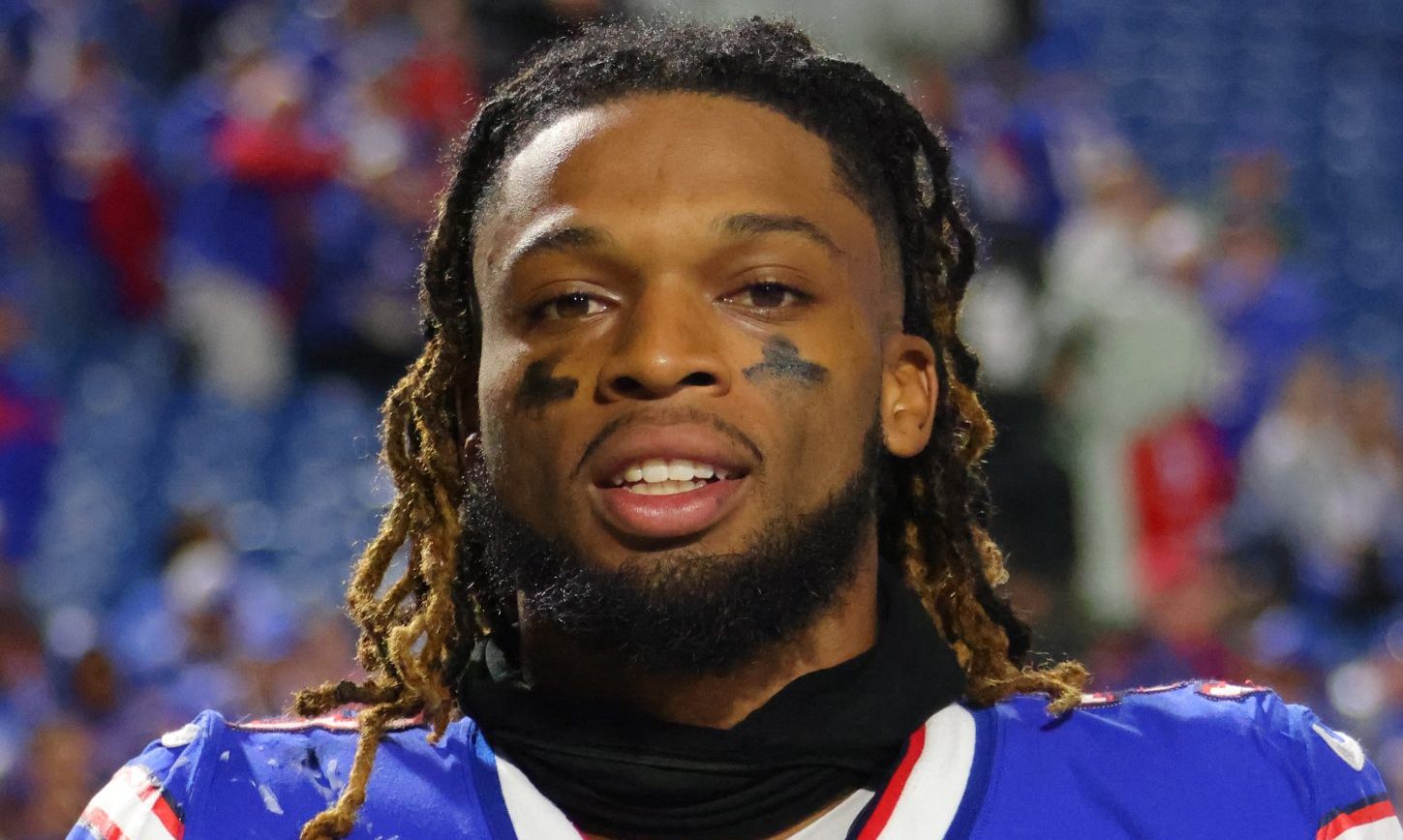 On Monday night, Buffalo Bills safety Damar Hamlin collapsed during the first quarter of a game against the Cincinnati Bengals. According to CNN, the 24-year-old player experienced cardiac arrest. At this time, it’s unclear what caused the arrest, but Hamlin remains sedated and in critical condition.

Hours ago, the Buffalo Bills team shared that Hamlin’s heartbeat was restored before emergency personnel transferred him to the hospital.

Damar Hamlin suffered a cardiac arrest following a hit in our game versus the Bengals. His heartbeat was restored on the field and he was transferred to the UC Medical Center for further testing and treatment. He is currently sedated and listed in critical condition.

Video of the unsettling moment began circulating online almost immediately. After tackling the Bengals’ player Tee Higgins, Hamlin (player #3) stood up but fell limp on his back moments later. Seconds after his collapse, Bills team trainers rushed to assist the safety. He was worked on for about nine minutes, including given CPR, before the transfer to UC Medical Center.

Buffalo Bills Safety Damar Hamlin is in critical condition after going into cardiac arrest on the field roughly halfway through the first quarter of Monday night’s game against the Cincinnati Bengals. His heartbeat was restored on the field. pic.twitter.com/2hVbDj9FxL

There were about 5:58 minutes left in the first quarter of the NFL game when Hamlin collapsed. At this time, it’s unclear if the game will be rescheduled. However, NFL Executive VP of Operations Troy Vincent said the league and NFL Players Association agreed on the short-lived game. Moreover, none of the Bills or Bengals coaches and players asked to continue playing.

Instead, players, particularly from the Bills team, embraced, cried, and prayed together on the field following Hamlin’s collapse. Coaches, teammates, and NFL teams also took to Twitter with requests for prayer–and even privacy.

The thoughts and prayers of all of Bills Mafia are supporting you, Damar.

Please pray for our brother.

The whole nation is behind you, 3.

And plenty of folks, including Matt Barnes and Isiah Thomas, stood behind Damar when sports columnist and commentator Skip Bayless made a comment about postponing the game “this late in the season.” Bayless later issued an apology, but calls for him to be canceled haven’t stopped as of Tuesday morning.

“Nothing is more important than that young man’s health. That was the point of my last tweet. I’m sorry if that was misunderstood, but his health is all that matters. Again, everything else is irrelevant. I prayed for him & will continue to,” Bayless said.
Click to expand...

The post Damar Hamlin Remains In Critical Condition After Cardiac Arrest During Bills vs. Bengals Game appeared first on The Shade Room.