Male / Female Chrisean Rock Gets Three CROSS Tattoos On Face … One For Each ABORTION SHE HAD By Blueface!!

Reality star Chrisean Rock got three new tattoos on her face, Media Take Out has learned – one for each abortion she had with rapper Blueface. 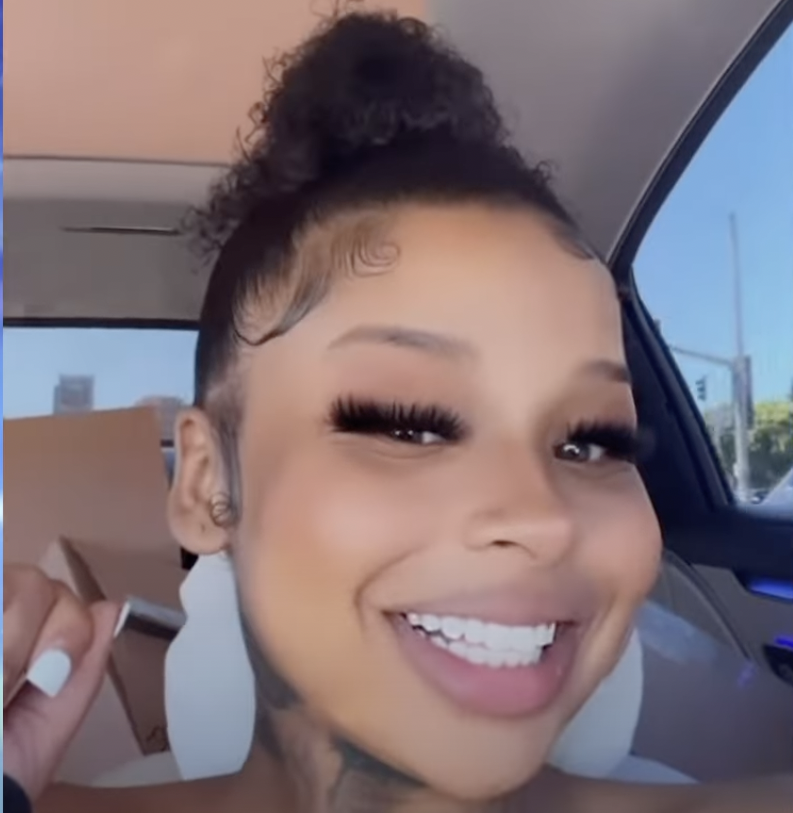 The beautiful, but disturbed Chrisean Rock went on a podcast to say she had three abortions and now she has three crosses for those babies. Look:

Chrisean Rock’s family is not happy about her relationship with Blueface. The 22-year old entertainer’s brother took to Instagram to blast his sister and her boyfriend by calling out them about their finances. “Y’all are the brokest celebrities in Hollywood,” he began.

“And the most lit right now. I’m mad at y’all that y’all not taking advantage of this lit shit and getting some money with it.” Chrisean’s brother went on to blast his little sister for claiming that she takes care of their family. “Bch I take care of everybody. You don’t do sh. You don’t got no emotions. You don’t do sh** for nobody. When mommy wanted to come home, I paid for her flight home. I mad at you because you broke.”

Chrisean has yet to respond to her brother’s claims. However, this isn’t the first time the Zeus star is making headlines this holiday season. Blueface’s mom Karlissa penned a note from Chrisean on Christmas as Blueface spent the holiday with his baby mama and their child. “I been there and its a tuff spot,” Karlissa wrote. “But if you love God you can’t take someone away from their family or you will lose. No matter how hard it gets. Just know as women I tried this and it didn’t work. Love you even tho you think I don’t. I believe in you baby girl. Stay focused.”

The post Chrisean Rock Gets Three CROSS Tattoos On Face … One For Each ABORTION SHE HAD By Blueface!! appeared first on Media Take Out.