Last week, Will Smith spoke out for the first time about the infamous incident in which he went on stage and slapped Chris Rock during the Academy Awards.

Smith posted a six-minute video in which he apologized to Chris and the entire Rock family.

Will also noted that he’s reached out to Chris personally but was informed that the comic is not yet ready to speak to him.

We suppose that’s not surprising … 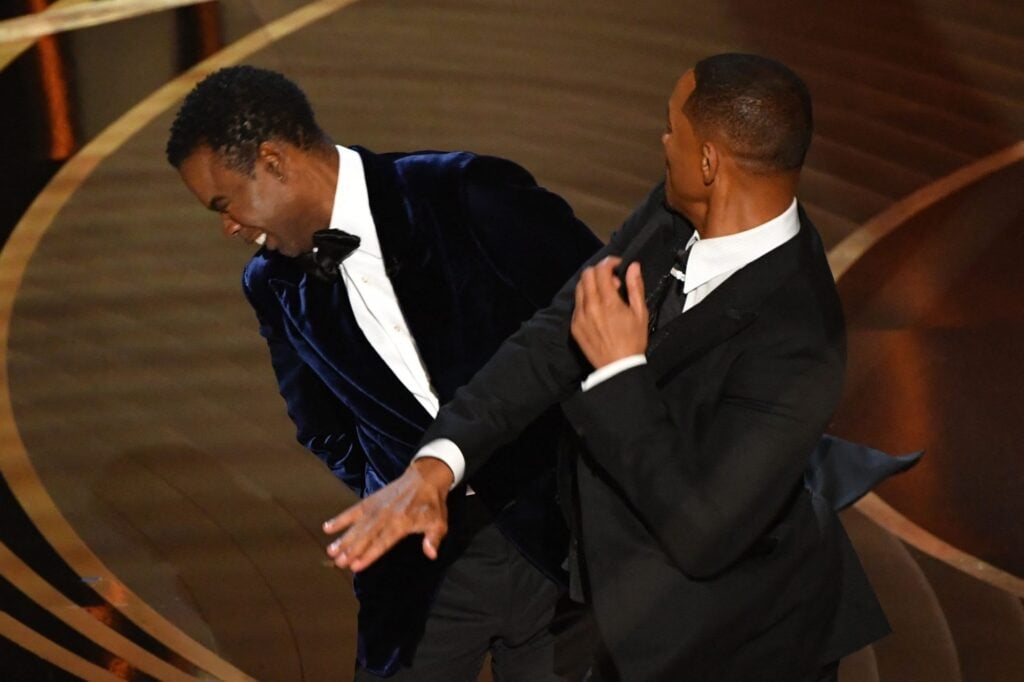 … After all, getting assaulted in front of an audience of millions is the sort of thing that might take some folks a little longer than three months to get over.

But just because Chris isn’t ready to absolve his assailant, that doesn’t mean he’s not ready to talk about the incident at all.

Rock, of course, is one of the best-known comedians in the world, and it seems he’s been using his art to process the incident that made him one of the world’s most widely-shared memes. 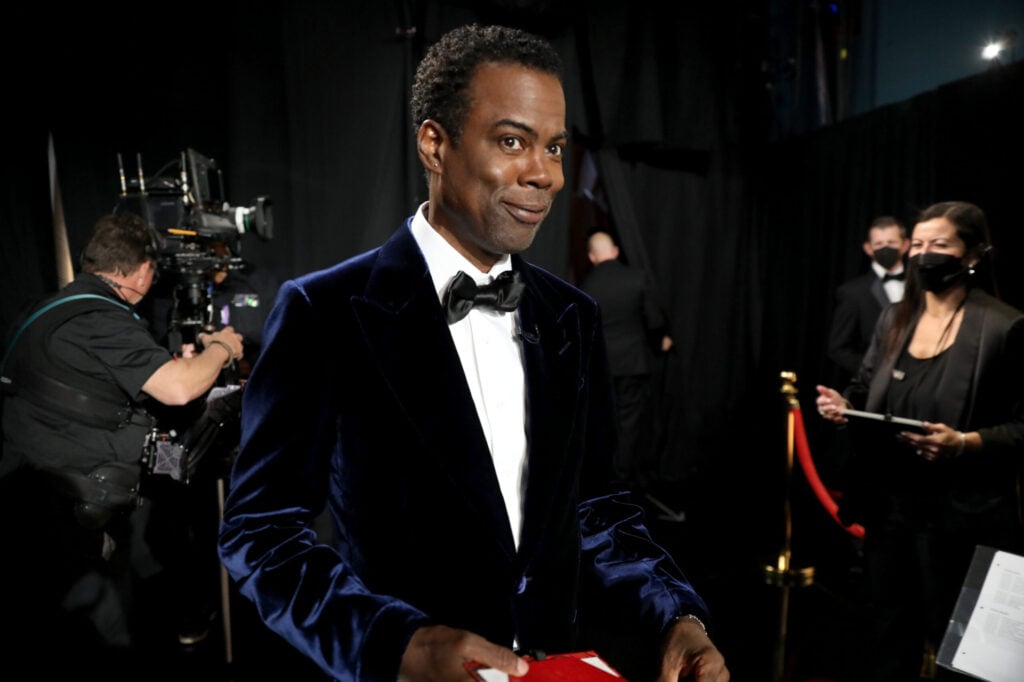 Over the weekend, Rock took the stage at the the Fox Theatre in Atlanta as part of his Ego Death tour.

Rock never mentioned Will by name, but he did allude to the Oscar incident in a bit that started with the complaint that “everybody is trying to be a fucking victim.”

“If everybody claims to be a victim, then nobody will hear the real victims. Even me getting smacked by Suge Smith,” said Rock according to the Huffington Post. 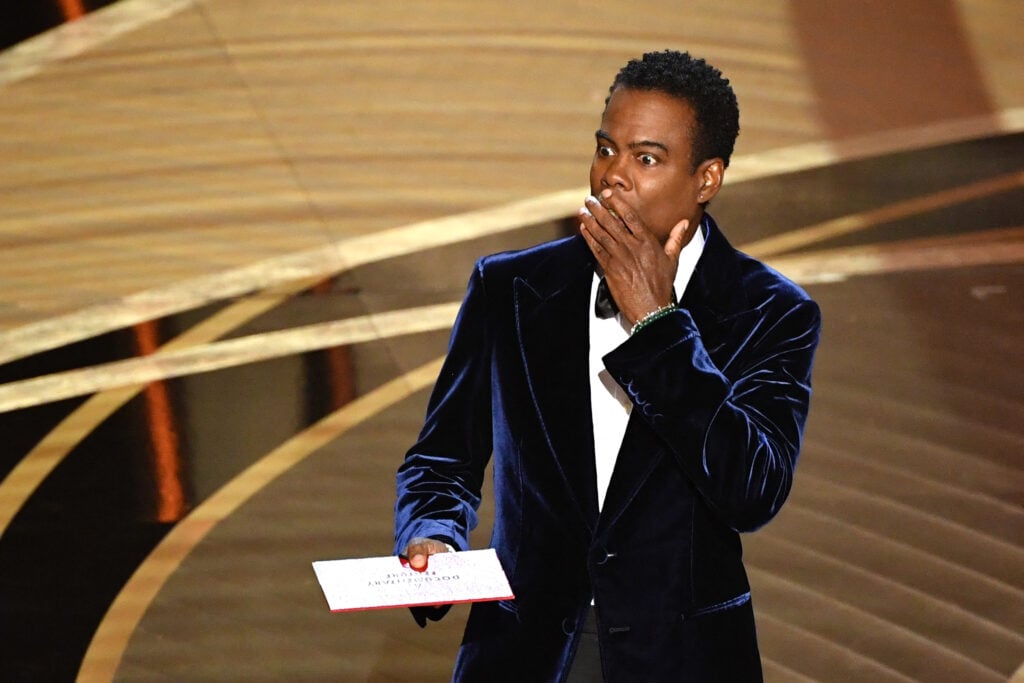 Chris Rock speaks onstage during the 94th Oscars at the Dolby Theatre in Hollywood, California on March 27, 2022. (Photo by ROBYN BECK/AFP via Getty Images)

Suge is more famous for his propensity for violence than for the music he helped to create, but we don’t think that was meant as a serious dig at Smith. 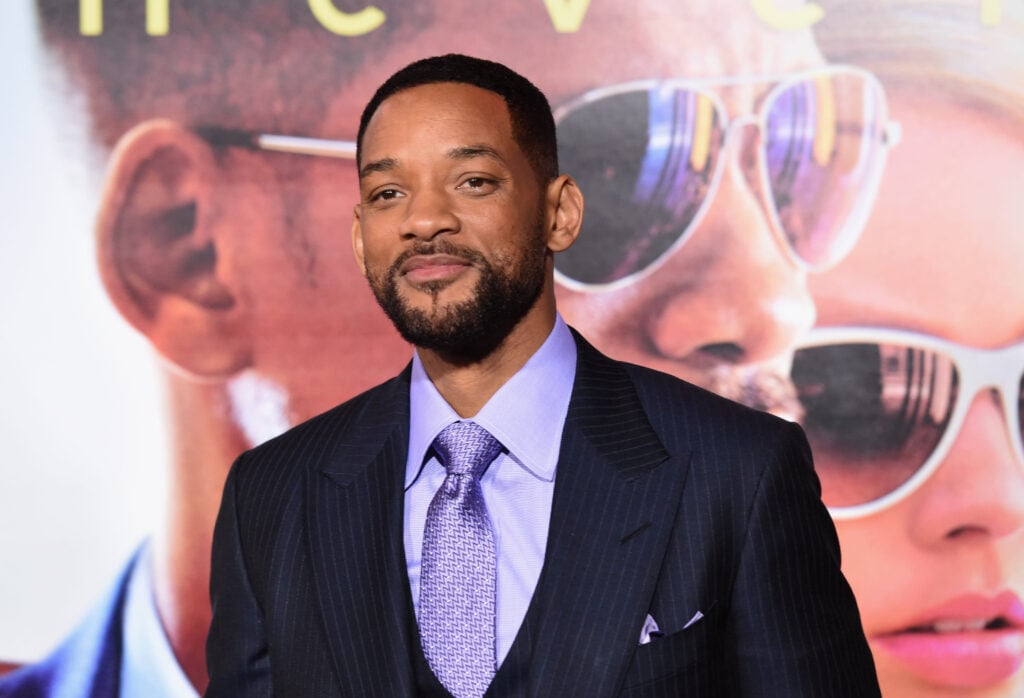 Although considering Suge is locked up for 28 years, and Smith has spent his career cultivating a wholesome image, Will probably didn’t love the comparison.

“Anyone who says words hurt has never been punched in the face,” Rock pointedly observed at the end of the bit.

There’s a lot to unpack here: 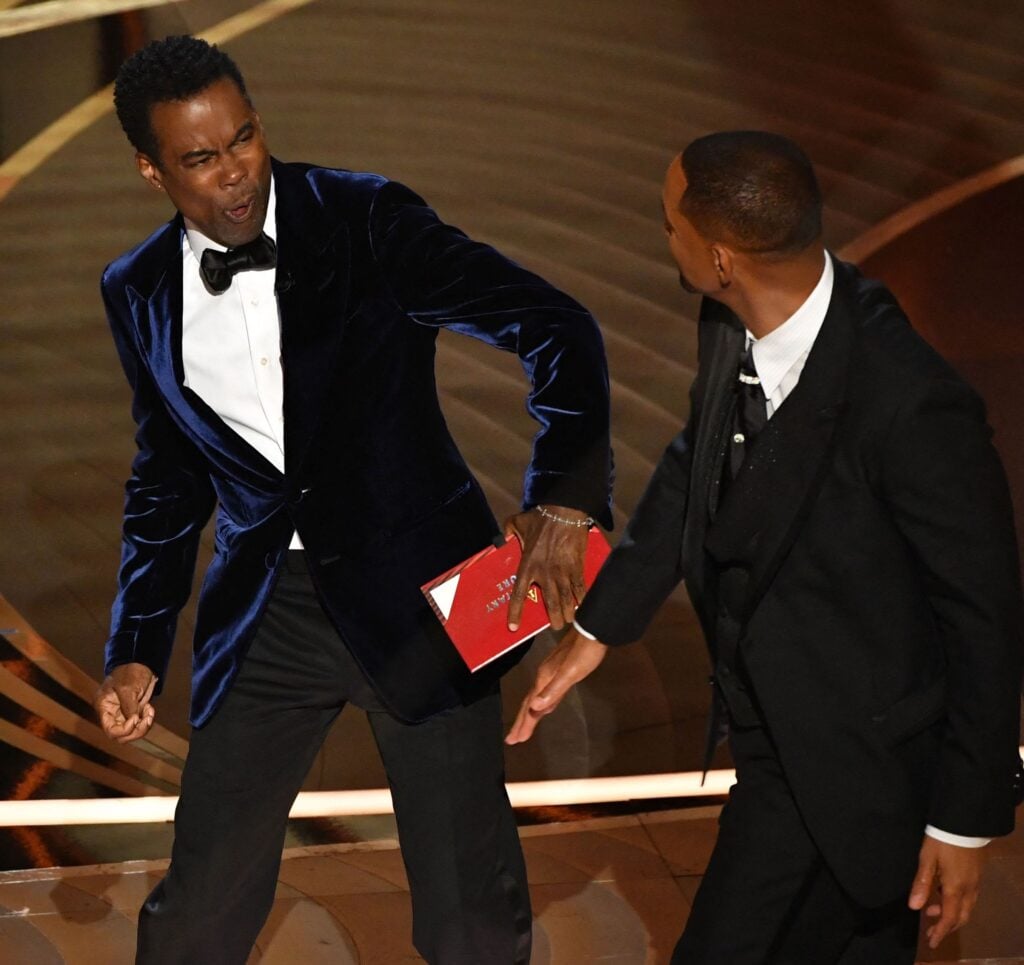 Chris Rock reacts here to a truly stunning incident, as Will Smith slaps him across the face at the 2022 Oscars.


Is Rock subtly standing up for Smith and insisting that he shouldn’t be canceled?

By denying that he was victimized by Smith and complaining about the overuse of the V-word, is Rock ironically imagining himself as a victim of cancel culture?

Are we reading way too much into a comedian’s jokes about a recent incident in his life? 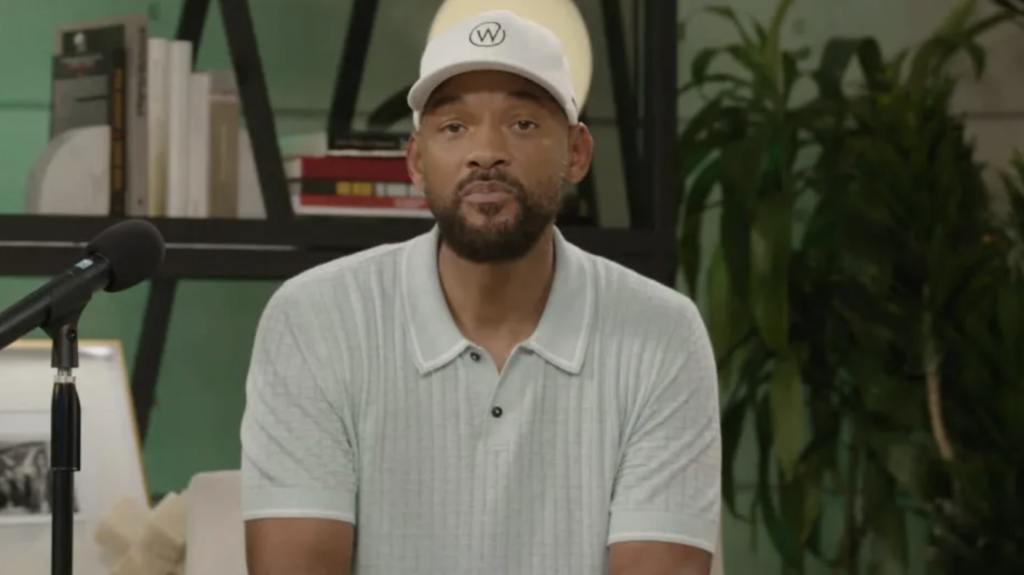 Will Smith has finally spoken on camera about slapping Chris Rock. Not surprisingly, the actor expressed remorse for his actions.

Whatever the case, there’s no denying that Smith seemed sincere in his apology video.

“I made a choice on my own, from my own experiences, from my history with Chris,” the actor said, noting that his wife, Jada Pinkett Smith, did nothing to encourage the slap.

“Jada had nothing to do with it. I’m sorry, babe.” 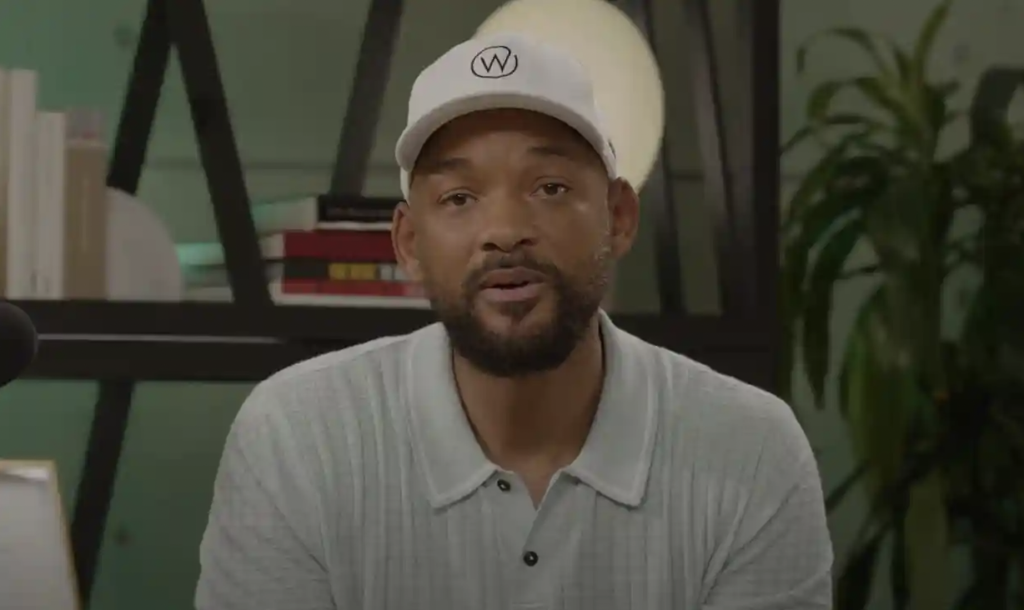 Will Smith speaks out for the first time about his assault on Chris Rock at the Oscars.

Smith added that he’s “trying to be remorseful without being ashamed” of his actions.

“Disappointing people is my central trauma. I hate when I let people down,” he said.

“It hurts me psychologically and emotionally to know I didn’t live up to people’s image and impression of me.” 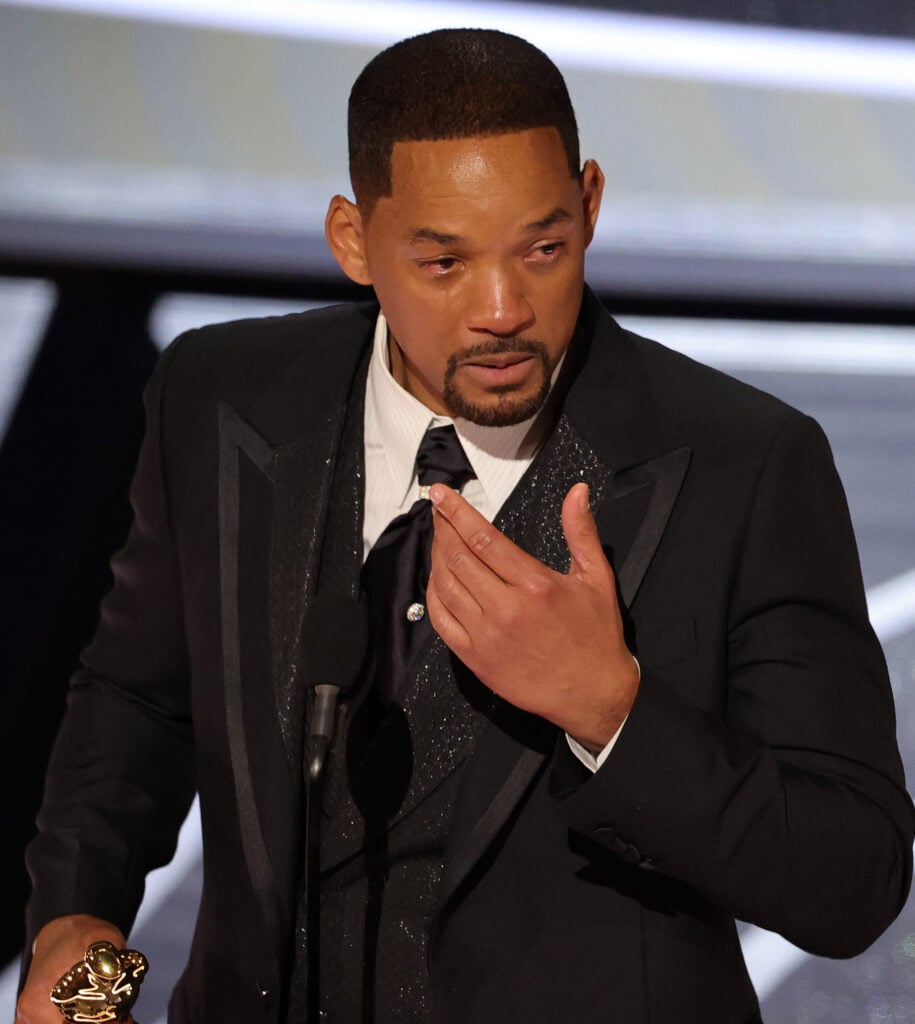 We’re sure a lot of people felt disappointed by Smith’s actions that night.

But at the same time, we don’t think his behavior crossed the line into “unforgivable” territory.

Hopefully, he and Rock can bury the hatchet sometime soon.

Chris Rock: Eff Will Smith! He’s Playing the Victim! was originally published on The Hollywood Gossip .