Mike Wolfe has provided yet another update about Frank Fritz.

Just a few days ago, the former American Pickers star told Instagram followers that his ex-co-host and friend had suffered a stroke, writing online:

“I have been very private in the past year in regards to Franks [sic] life and the journey he’s been on.

“There has been lots of opinions in regards to mine and Frank’s friendship and the show but now is not the time to set the record straight.” 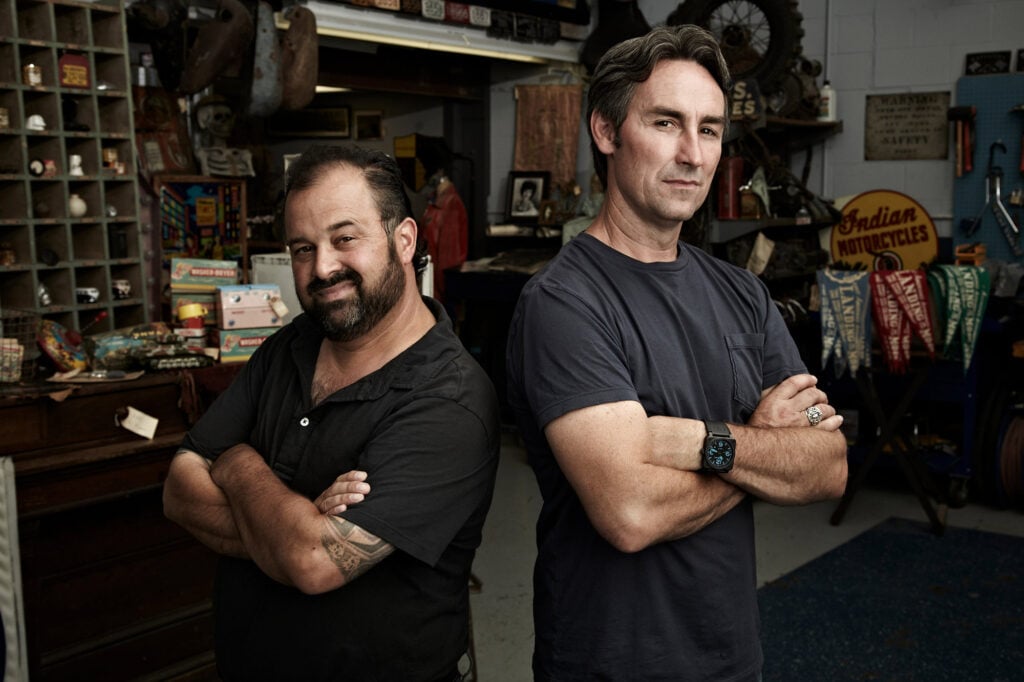 “Now is the time to pray for my friend.”

How unfortunate for Fritz… but how kind of Wolfe, right? 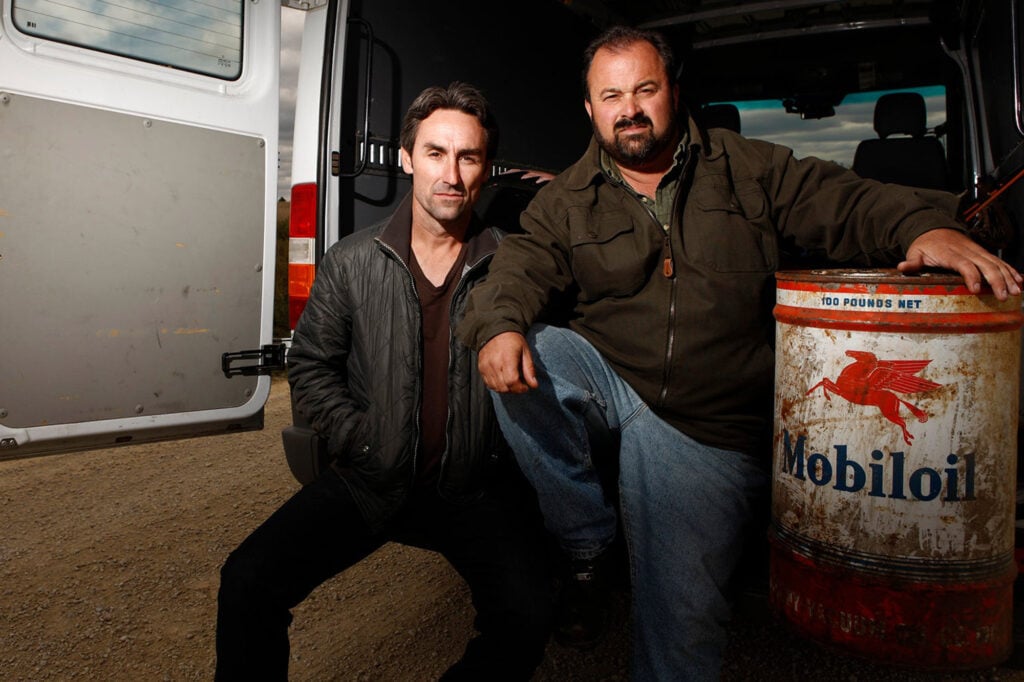 The thing is, Fritz and Wolfe rose to fame by anchoring American Pickers together for nearly a decade, traveling the nation in search of antique treasures.

But Fritz exited departed docuseries in 2020 after a public feud with Wolfe.

Last July, he told The Sun that he hadn’t spoken to Wolfe in two years, explaining that their friendship was over because…

“He knew my back was messed up, but he didn’t call me up and ask how I was doing. That’s just how it is.” Fast forward, therefore, to Wolfe’s statement last week on Frank — and to fans of the series calling him out for trying to exploit his former pal’s health problems for attention and publicity.

“Why the concern now, Mike? You weren’t worried before. A little too late, I think. Pretty lame, not real,” reads one comment on Facebook, for example, while another reads:

“Mike, you suck. Where were you for the last few years when he needed you? Never even calling him to see how he was after his back operation.” 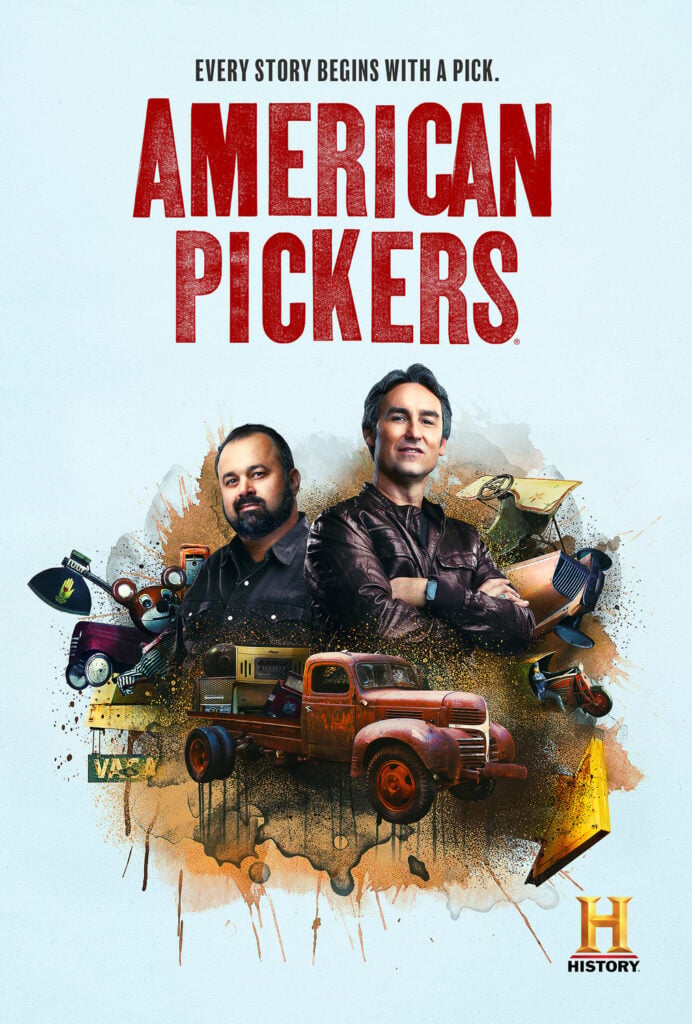 On Monday, despite the backlash, Wolfe spoke once again about Frank to People Magazine.

“We asked that everyone keeps Frank and their thoughts and prayers,” a rep for Wolfe told this outlet.

“The most important thing is that we allow him time to heal and giving [sic] him the space to do so.” 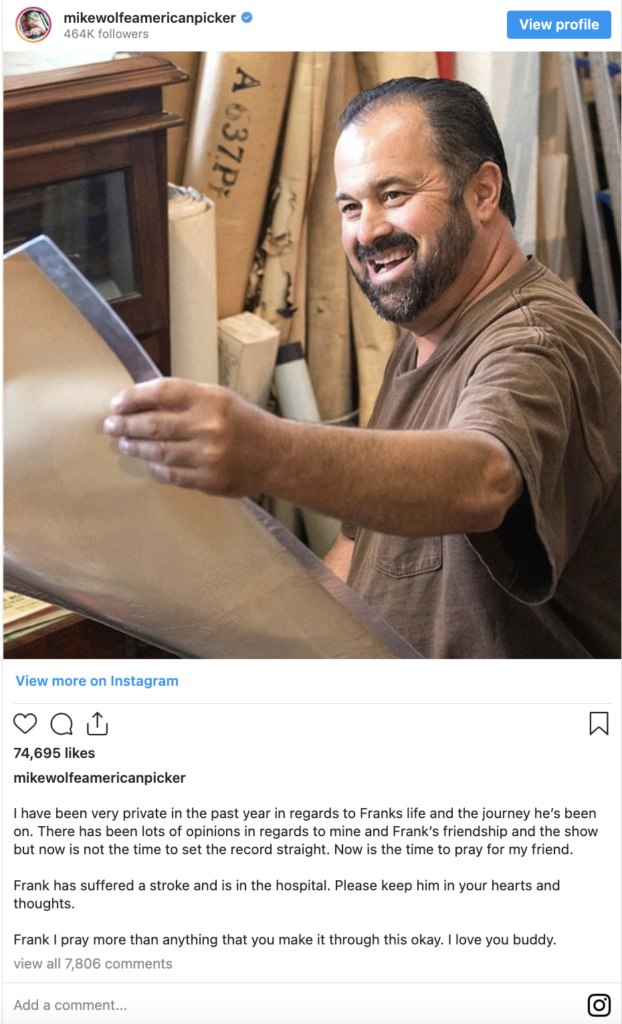 Fritz last appeared on the History Channel program during a March 2020 episode… before he took time off to recover from a grueling back surgery that left him with 185 stitches and two rods in his spine.

“I’m feeling really good. Life is good and I’d like to get back into the swing of things. I wish I had [gone to rehab] five years ago, I would have been a different person,” Fritz told The Sun in 2021.

“It was the best thing for me and I wish I had done it sooner or I wouldn’t be in the position that I am right now.

“I’d still like to get back to my job, I miss my friends and my people and being on the road and meeting all those different characters.” 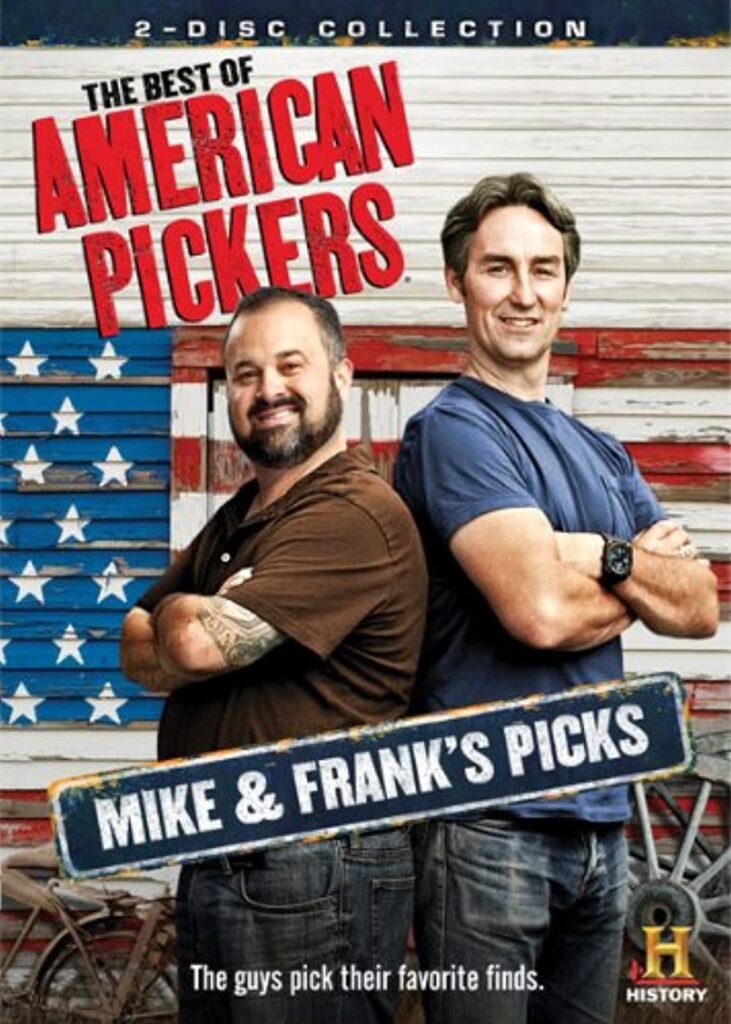 “Frank has suffered a stroke and is in the hospital.

“Please keep him in your hearts and thoughts. Frank I pray more than anything that you make it through this okay.

American Pickers Fans to Mike Wolfe: Stop Pretending You Care About Frank Fritz! was originally published on The Hollywood Gossip .