What is Aaron Ramsey's Net Worth and Salary?​

Aaron Ramsey is a professional footballer from Wales who has a net worth of $25 million. Aaron Ramsey plays for the Scottish Premiership club Rangers and the Serie A club Juventus, as well as for the Welsh national team. Prior to this, he played for Arsenal, winning the FA Cup Final in 2014, 2015, and 2017. On the international stage, Ramsey helped lead Wales to the semifinals in the UEFA Euro 2016.

Aaron Ramsey was born on December 26, 1990 in Caerphilly, Wales to Kevin and Marlene. He has a brother named Josh. As a youth, Ramsey went to Ysgol Gyfun Cwm Rhymni. He was first introduced to football at the age of nine, when he attended a training session in his hometown. Ramsey went on to play as a winger for a youth development program, and was then signed by the youth academy of Cardiff City.

After making his way through the youth system, Ramsey made his debut for Cardiff City toward the end of the 2006-07 Championship season. At just 16 years of age, he was the youngest player ever to play for the club. Ramsey made his first league appearance of the next season in a 2-1 home victory over Burnley. He soon made his first full professional start for Cardiff in the FA Cup, winning 3-1 over Chasetown. In total, Ramsey made 22 appearances during the 2007-08 season, and played in five of Cardiff's six FA Cup matches.

In 2008, Ramsey moved to Arsenal. He made his competitive debut in a Champions League match against FC Twente, and then made his league debut in a game against Blackburn Rovers. Ramsey scored his first Arsenal goal in the team's 5-2 win against Fenerbahçe in the UEFA Champions League group stages. A little later, he made his first Premier League season start in a 4-1 victory over Wolverhampton Wanderers. In early 2010, Ramsey had a major accomplishment when he scored a 78th-minute equalizer in the FA Cup third round tie; Arsenal ultimately won 2-1 over West Ham United, with Ramsey being named the man of the match. However, misfortune soon followed. Just a month later, Ramsey was hospitalized after suffering a double fracture in his right leg from being tackled by Ryan Shawcross. He made his return in November of 2010. 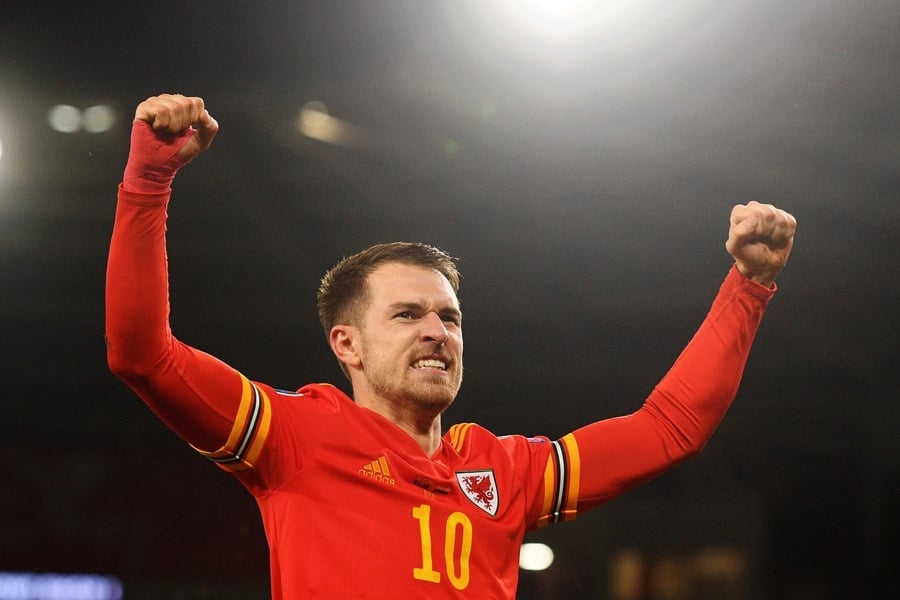 Nottingham Forest and Return to Cardiff​

For a few months after recovering from his injury, Ramsey was loaned to Nottingham Forest. On account of inclement weather, however, he only made five appearances for the team before being returned to Arsenal in early 2011. Just following this, Ramsey made a return to Cardiff City on a one-month loan.

Ramsey began getting back into the groove of things with Arsenal in August of 2011. That month, he made his first Champions League appearance of the season. A few months later, Ramsey scored an incredible last-minute winning goal against Marseille. His true breakout season, however, came in 2013-14. Ramsey began the season scoring in the first leg of the Champions League playoff, and then scoring twice more in the return leg to lead Arsenal to the group stage. His success continued as he scored in Arsenal's 2-1 victory over Marseille, and later as he made an impressive long-range shot to win 2-0 over Liverpool. Due to this success, Ramsey was voted Arsenal's Player of the Month for four straight months from August to November. In May of 2014, he had one of his greatest career accomplishments yet when he scored the winning goal in the FA Cup Final against Hull City, giving Arsenal its first trophy in nine years.

Ramsey maintained his great form throughout the remainder of his time with Arsenal. In 2015, he was chosen to start in the FA Cup Final, playing the entire 90 minutes in a 4-0 victory over Aston Villa. In 2017, Arsenal won the FA Cup Final yet again as Ramsey scored the winning goal against Chelsea. The following year, he recorded his first career hat-trick in a 5-1 victory over Everton. Due to a hamstring injury in April of 2019, the 2018-19 season was Ramsey's last with Arsenal.

Ramsey signed a four-year contract with the Serie A Juventus in early 2019. In September, he made his club debut in a substitute appearance in the team's opening Champions League fixture of the season. Ramsey subsequently made his first start for the club in a 2-1 home victory over Verona. In October, he made his 50th Champions League appearance, making him only the third male player from Wales to accomplish that feat.

In January of 2022, Ramsey went on loan to the Scottish Premiership club Rangers, where he remained for the rest of the 2021-22 season.

On the world stage, Ramsey made his debut in 2005 for the Wales U17s. Later, he played for the U21 side. In 2008, Ramsey debuted for the Welsh national football team, and played 88 minutes in a 1-0 victory. A few years after this, he was named the captain of the team, making him the youngest captain for Wales in history at the age of 20. Ramsey went on to compete at the 2012 Summer Olympics in London for Team Great Britain.

In 2016, Ramsey played on the 23-man Welsh squad for the UEFA Euro. In Wales' opening match of the tournament, he set up Robson-Kanu's match-winning goal over Slovakia, giving Wales its first win in a major global football tournament in 58 years. Ramsey ultimately helped lead Wales to the semifinals, where the team was eliminated by Portugal. He later played in the delayed UEFA Euro 2020, helping Wales qualify for the round of 16.

In 2014, Ramsey wed Colleen Rowlands; together, they have three sons, two of whom are twins. The couple resides in a countryside mansion near Cardiff.